RotaTeq, the first of the two vaccines now on the U.S. market, received Food and Drug Administration licensing in 2006, but widespread U.S. rotavirus vaccination of children did not reach a high level until 2008, when a second formulation, Rotarix, also received FDA approval.

It came out in 2010 that the vaccine Rotarix had been contaminated with pig DNA.

Interesting that it took two plus years for the FDA to mention that?

This year the Rotarix vaccine was made mandatory in Ontario, likely in the rest of Canada.
I have covered that here

That pig DNA contamination was never dealt with-

Additional testing has confirmed presence of the matter in the cell bank and seed from which the vaccine is derived, in addition to the vaccine itself. So the vaccine has been contaminated since its early stages of development.

GSK says it is now reviewing how best to replace the cell bank and virus seeds used in making the vaccine, but it will continue Rotarix production using current methods.

It didn't really gain any traction. It wasn't a pandemic, it was hyped as such to push another vaccine onto the populace.

Fast forward to 2011 and there have been concerns about another swine flu virus.

- The Centers for Disease Control confirmed a new swine flu virus has been found and three cases of the new virus have been confirmed. The virus originated in pigs, but spread person to person between three children in Iowa.

I keep going back to that rotavirus vaccine contaminated with pig DNA. The continuing use of the contaminated vaccine, spreading worldwide and the ability of the pig virus to jump to humans......

Could the rotavirus vaccine contaminated with Porcine DNA, injected into the blood stream and circulating through the body, be the attractant for the virus?

The annual flu vaccine can weaken children's resistance to other types of influenza virus, including those that could cause a pandemic, according to a study published in the November issue of the Journal of Virology.

In fact, if I am reading this correctly it seems that unvaccinated children had better immunity then vaccinated

Digression- Of course the spin is still that vaccines are effective, despite the fact that study shows the vaccine weaken immunity in children? And that the unvaccinated children had better immunity. Talk about cognitive dissonance!)

Flu vaccine to include a seizure warning

DRUG giant CSL has changed its prescribing information for next year's flu vaccine to warn doctors that two toddlers had to be hospitalised during clinical trials supervised by the federal government's key immunisation adviser.

The Therapeutic Goods Administration yesterday revealed that it had known of the side effects for six years, yet only now had it notified doctors "to provide a complete picture of the vaccine safety" 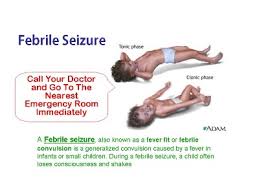 So there will be a warning about the seizures, but, the recommendation stands- give your kids the flu vaccine.
What is going on with the child's brain that it is seizing in that manner? What has the vaccine done to the brain to cause that seizure?

Parents who do not have their children fully immunised will be stripped of family tax benefits under a scheme announced by the Federal Government.

The Government says 11 per cent of five-year-olds are not immunised and has announced a shake-up of the system which will take effect from July 1 next year.

Under the changes, families who refuse vaccinations face losing up to $2,100 per child in benefits.

I thought Australia was "free and democratic"? Forcing vaccination by punishing parents financially?

unhappy girl
Posted by Penny at 7:57 AM