And more, of course there is more!
Isn't there always?
First the ships in the Mediterranean-

This is eerily reminiscent of a story from last year- which originated in Israel, and seemed quite bogus at that time.
I'm really not sure what to make of it? So you make of it what you will and I will carefully consider it as a possibility. Maybe. Iran and Syria do have naval agreements.....
But, the story isn't getting much coverage. The Israeli press is covering it as is Reuter's.

"Two Iranian naval ships have sailed through Egypt's Suez Canal into the Mediterranean, in a move likely to be keenly watched by Israel.

"Two Iranian ships crossed through the Suez Canal (on Thursday) following permission from the Egyptian armed forces," a source in the canal authority said Friday.

The destroyer and a supply ship could be on their way to the Syrian coast, the source added. Iran and Syria agreed to cooperate on naval training a year ago, and Tehran has no naval agreement with any other country in the region.

It is that "could" part that is irksome. I would think that in order to pass through the Suez canal these two ships destination would be known. Perhaps I am mistaken? 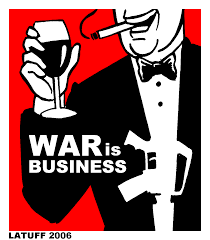 Lieutenant General Ronald Burgess, Director of the U.S. Defense Intelligence Agency, told a Senate panel on Thursday that barring an unforeseen development like a coup, "Assad will continue to hang in there."

"The Syrian military, despite some desertions (very few) and defections to the armed opposition, (very few) on the whole remains a viable, cohesive and effective force. The military suppresses (armed& violent) unrest throughout the country. The leading opposition umbrella organization, the Syrian National Council, has yet to emerge as a clear or united alternative to the Assad regime and it has not been able to unite Syrians on a strategy for ousting and replacing the regime," Burgess said.

The so called opposition can't rally the Syrian population because they aren't resident Syrians. They live in Britian and France for gods sake! Resident Syrians know what is going on.
And they don't want to be bombed to smithereens and see their nation go the way of Libya.
Except for a minuscule amount of the population who are foolish or blinded by extremist religious beliefs to by into the "regime change" being bought and paid for by NATO and Israel.

It is being reported repeatedly that the Syrian army is shelling Homs. They may well be.

These are that little weasel Sarkozy's own words. He makes it clear that the NATO terrorists aren't getting the job done.
Quoting the weasel as he lies from a joint press conference with the Cameron

You see why I called these words, the words of a liar? We cannot bring about a revolution if the Syrians don't make an effort to rally together and organize so we can better help them. BUT the revolution will be brought about from inside??? Sure sounds to me that despite Sarkozy's lies. Him and Cameron are all about themselves (NATO) bringing about the revolution.

Since they have been "engaged" with the Syrian opposition all along. I am quite certain they are looking to "increase their engagement". 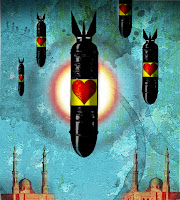 France on Tuesday set up a million-euro emergency fund for “humanitarian” aid in Syria and is discussing the Arab League plan, which raises the possibility of sending UN troops, with its allies.

France setting up a fund for "humanitarian" aid in Syria? Where have I heard this one before?
Oh, yeah. Libya! Remember? It wasn't that long ago? August 2011

France will place $259 million at the disposal of Libya's National Transition Council (NTC) after un-freezing Libyan assets in the country, Foreign Minister Alain Juppe said on Monday. The NTC has committed to use the funds for humanitarian purposes