I don’t know that Syria is ever far from my thoughts these day?
I often think about the ordinary people and how they are faring?
Tozz, often comes to mind.
He was gracious, kind and always appreciative of the people and the news he could get at the blog.
I, was happy for his presence.
Seems so long ago now.....

Rehashing-
We of course looked at the UN increase in casualty numbers. UN's Syria number fudging: Russia & the "writing on the wall"  A count designed to create the perception of human catastrophe all blamed on the Assad government. Ignoring all others involved. NATO. US. GCC. Turkey. As if none of those players exist.

Then we had Assad’s speech Assad mobbed by supporters/New peace plan
Boisterously welcomed in Syria. Derided by the West.
Not as if the West really cares about Syrians anyway?

A round up of the latest-


If it wasn't for lies and spin, I  don't know what would fill the news wires and print. Never mind the social media. So today we will sort through lies, lies and more lies

More ballistic missiles have allegedly been fired. Scuds for the masses.

NATO announces the firing along with the usual round of condemnation...

"shows utter disregard for the lives of the Syrian people."

Compared to all the regard displayed by NATO for the people of the planet?
I laugh at the absurdity and shake my head in dismay.

What are these alleged scud firings, if they are taking place, striking?

"Allied intelligence, surveillance and reconnaissance assets detected the launches," a NATO official told CBSNews.com on Thursday, adding that the alliance has "no precise information regarding the impact area, or information on casualties or damage caused."

There have been no reports from Syrian opposition groups or rebel militias on the ground of ballistic missiles landing in northern Syria. Opposition members are generally eager to expose the Assad regime's use of heavy weaponry

NATO has no information regarding impact or casualties or damage... The 'rebels' have NOT reported on missiles landing and there is no video of the strikes?  Highly suspect.
What should common sense tell us?
It should tell us, that no Scuds have been fired and that this is just another NATO lie.

If one lie  doesn't succeed. Lie, lie and lie again

Odd thing about the JP article the links in the article don’t link to what / who is being creditted as the source for this information?
Were the links included knowing most people won’t check?
To create a perception of legitimacy?

Click that link to see what you get... I will give you a hint. It 's an error page 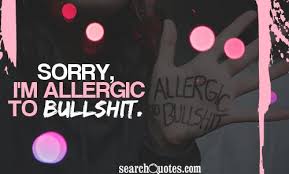 Reuters had a big article the other day.

Interesting the contortions the writers undertook to twist the piece into something it wasn’t.
Let’s muck through the mire ....Aleppo misery eats at rebel support:


A middle-aged couple, well dressed, shuffle over to press a folded note, furtively, into the hand of a foreign reporter.


It is the kind of silent cry for help against a reign of fear that has been familiar to journalists visiting Syria over the past two years. Only this is not the Damascus of President Bashar al-Assad but rebel-held Aleppo.(Not the entire city. The rebels hold no major cities)


Journalists visiting Syria during this time of NATO destabilization have no doubt witnessed a lot of fear brought on  the Syrians via the covert ops. Perhaps finally they have to address it while spinning for NATO as best as they can?


The note read "We used to live in peace and security until this malicious revolution reached us and the Free Syrian Army started taking bread by force," the unidentified couple wrote. "We ask God to help the regime fight the Free Syrian Army and terrorism - we are with the sovereignty of President Bashar al-Assad forever."


And so the spinning begins...but we will ignore that and get to the important points

“their sentiments are far from rare in Aleppo”


In large areas (vague, intentionally so) that have been under rebel control for six months or more complaints are getting louder about indiscipline among the fighters, looting and a general lack of security and necessities like running water, bread and electricity

“Recognizing that mistrust, rebel units have set up command and policing structures they see forming a basis of institutions”

Ominous? As if the whole NATO/GCC/Israel campaign of misery and destruction has not be "ominous"?

And why  would the ordinary Syrians mistrust the rebels/freedom fighters? Reality and the most obvious answer?  These are not freedom fighters/nor are they rebels as in rebelling! They are not bringing freedom and  these fighters are not Syrians.


“While relations grow testier between the rebels and Aleppines, for whom many fighters harbor some disdain”

As is obvious and should not need to be restated and yet I will to drive the dam point home. The "fighters' are not bringing freedom. Just destruction and oppression and they resent the Syrians because the fighters are not Syrians. Therefore it is easy to resent them. Therefore, it is easy for these people to kill the Syrians

"The Free Syrian Army has lost its popular support," They never had any.

Hunger and insecurity are key themes wherever Aleppines gather this winter.


Oh look the bad apple narrative! In this case the “bad seed” narrative 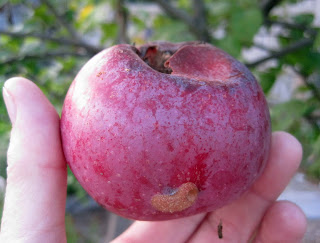 Second bad apple pic(k) today- First one here. The UN and the ruse of a Mercury Ban (sort of)
In case you missed it?

"There are some brigades that loot from the people, and they are fundamentally bad seeds"

But FSA needs those bad seeds

"Are we going to be fighting Bashar and them?" Tlas asked of untrustworthy new fighters. "There's a lot of that in Aleppo ... We cannot reject them. It's not the time for that. Those are the bad seeds."


The article goes on to attempt to spin this all as an unfortunate misunderstanding. It isn’t.
It is an intentional campaign to destroy the cohesion of Syrian society.
Therefore it is not a coincidence, unless you’re a coincidence theorist, that the group leading the fight in Damascus, Syria is none other then the newly designated terrorist group Jabhat al Nusra


An Islamist rebel group that the United States has listed as a terrorist organization has taken the lead in fighting in Damascus, according to residents who’ve recently fled the violence there.

The reports that the Nusra Front, which the Obama administration last month declared to be an affiliate of al Qaida in Iraq, is at the forefront of the fighting in Syria's capital


Like Aleppo, Damascus is being targeted by terrorists. Western/GCC/Israeli sponsored terrorists.
Posted by Penny at 1:01 PM