The UN and the ruse of a Mercury Ban (sort of) 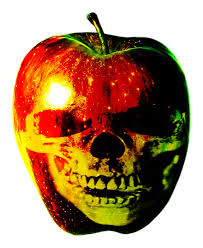 Defining the  UN:  A festering, yet organized, pustule filled with elites and their lackeys that go about secreting their pestilence on the planet.
A blight, presented as a cure. In case you haven’t figured it out yet..... there is not much good that can be said of the UN.

Today's news: UN finds mercury threatens health, need for global accord
Mercury is horrific and is a global problem.
Mercury is toxic to all living things.
Human and otherwise. Despite the headline the UN doesn't really want a global accord... Not really
The UN wants a happy shiny facade to mask the ugliness. Business as usual for the UN.


The U.N. environment agency says mercury pollution in the top layer of the world's oceans has doubled in the past century, part of a serious man-made problem that will require international co-operation to fix.


A man-made problem? What ‘man’ made this problem?
Oh yes the corporate man!

The report, an update on its previous global tallies of mercury in 2002 and 2007, comes in advance of talks in Geneva next week between nations negotiating a new legally binding treaty to reduce mercury emissions worldwide.

Mercury, a toxic metal that accumulates in fish and goes up the food chain, is widely used in chemical production and small-scale mining, particularly gold.

The World Health Organization is trying to fend off an effort to include a mercury derivative used in vaccines from being banned in a global treaty on mercury currently under negotiation.

The next round of talks for the proposed binding treaty begin on Oct. 31, and the Geneva-based UN health agency is trying to lobby for support of its position that banning thimerosal would be a mistake.

Thimerosal (mercury "derivative") is a preservative used in many vaccines that are shipped to doctors and clinics in multi-dose vials.

The linked article  in my original post is unavailable, though the post contains direct quotes. Fortunately, the  NYT’s still has an article up regarding the vaccine/mercury concerns.
Original link to the story as first published, take note of the change in headline and ask yourself, why?

Vaccine Rule Is Said to Hurt Health Efforts
Was the mention of a thimerosal ban in tandem with a mercury ban just too obvious?


"a mercury compound used as a preservative in vaccines, would devastate public health efforts in developing countries. "


A mercury ban that would include thimerosal? Of course! Thimerosal = Mercury.

They say that the ethyl-mercury compound is critical for vaccine use in the developing world, where multidose vials are a mainstay.

Banning it would require switching to single-dose vials for vaccines, which would cost far more


In an open letter to the United Nations Environmental Program and the World Health Organization this year, the Coalition for Mercury-Free Drugs, a nonprofit group that supports the ban, disputed the assertion that scientific studies had offered proof that thimerosal is safe, and urged member states to include it in the ban.


If Mercury in the environment is not safe then Mercury in vaccines is NEVER going to be safe.
The charade must stop

Our Preferred PoisonA little mercury is all that humans need to do away with themselves quietly, slowly, and
surely