When I first read the news about this killing, my first thoughts were:
Timely. Convenient. And wondered is this about tying up loose ends?
Dead men tell no tales. But, many tales can be told about dead men.

found at this link, I will re embed video at a later date (see comments below)

-The friend mentions FBI having had multiple previous meetings with Ibrahim. The difference being at this last meeting Ibrahim ended up dead. Just before he was going to leave the country to visit  his parents in Chechnya.

-  The FBI agent, named Chris, had set up multiple previous meetings? Why? This time three  additional agents came from Boston?

-The friend, is clearly giving first hand testimony of his conversation with Ibrahim, prior to Ibrahim's meeting with FBI agents.

- Ibrahim did not want to go to this meeting. He was scared.  But, why? Why would Ibrahim be scared this time, when he had multiple previous meetings with an FBI agent named Chris in Florida?

More from the friend and Ibrahim heading home

A 27-year-old man reportedly acquainted with Boston Marathon bombing suspect Tamerlan Tsarnaev was shot and killed by an FBI agent in the wee hours of Wednesday morning in Orlando, Fla.

In the "wee hours of Wednesday morning"? How long were the FBI agents holding/interrogating Mr Todashev? How was this interrogation being conducted? Was there beatings or torture?

Khusen Taramov, who identified himself to WFTV as Todashev's friend, told the local TV station that Todashev had purchased a ticket "to go back home." CBS News reports  Todashev was planning a trip to Chechnya, heightening the interest of authorities. (Why? Were they afraid he was not going to come back? Afraid of who he might talk to in Chechnya?)


According to Taramov, FBI agents "were pushing him, saying, 'Stay, don't leave.' They said, 'We want to interview you one last time and talk to you a last time.' And he decided to stay, and today's interview was supposed to be the last time, and they said they were going to leave him alone."

Taramov said his friend didn't know Tsarnaev very well. "Back in Boston, they used to hang out," he told WFTV. "Not hang out, he just knew him. He met them a few times because he was an MMA fighter, [and] the other guy was boxer. They just knew each other that's it."


“The [FBI] agent along with two Massachusetts State Police troopers and other law enforcement personnel were interviewing an individual.....

So, we have one guy alone, with minimally 4, perhaps more, law enforcement personnel. That much is clear.

Was he connected in a meaningful way to the suspects in the Boston Marathon bombings? Did he play a role in the brutal murders of three people in Massachusetts who had their throats slashed?

Or was he, as his friends contend, a good guy who just happens to be Chechen — and for that reason had attracted the attention of federal authorities?


Todashev was shot to death by a Boston FBI agent in an Orlando condo (in the wee hours of the morning) while being questioned about his connections to the Boston Marathon bombing suspects and a triple-slaying in Waltham, Mass. in 2011, federal law enforcement authorities said. Federal officials said he lunged at the agent with a knife during questioning, and the agent opened fire.

Little is known about Todashev — who federal sources said was in the U.S. legally — aside from the few details that emerged Wednesday through law enforcement, public records searches and interviews with friends.


The media is making mention of a previous arrest in which Todashev was charged with aggravated battery. That is being brought up to bolster the official narrative that Ibrahim Todashev was capable of attacking the FBI agent. This is spin.  That Mr Todashev got into a fight with one other individual in a parking lot, a one against one fight, does not tell us he would act in the same manner, in the company of several heavily armed FBI agents. That kind of information is included to obfuscate the issue at hand. I find it unlikely that he would attack anyone in a situation where he was alone, scared and as mentioned confronted with multiple armed individuals.


The FBI questioned Todashev at least five times in person plus numerous times by telephone since the bombings, according to interviews with three of his four former roommates.


Where is his fourth room mate? Has the media interviewed this person?

They (all three friends)  told the Orlando Sentinel the interviews and surveillance began two days after two Chechen brothers — 26-year-old Tamerlan and 19-year-old Dzhokhar Tsarnaev — were identified as the suspected bombers.

"They pretty much kidnapped him in front of his place," said 22-year-old Khusen Taramov.


The three friends said all of them — including Todashev — shared the same sense of outrage over the bombing in Boston. And none had heard of a triple-murder there a couple of years ago in which their friend was allegedly a suspect, they said.

None of the roommates considered Todashev a political or religious radical, saying simply that he was faithful to their shared religion.


“It's not clear whether Todashev lived in the Orlando condo where he was shot early Wednesday.
He has an address in Kissimmee, but friends there said Todashev's girlfriend lives in the Orlando complex and he stayed there frequently”


We know Todashev lived in Kissimee with his 3 roommates. They have all mentioned that fact.

Is the inclusion of the girlfriend resident in the condo complex being reported on to give reason to Mr Todashev being in the Orlando condo, he was shot to death in by the FBI?
Is it even the same condo? If not, how is this aspect relevant to the narrative being presented? 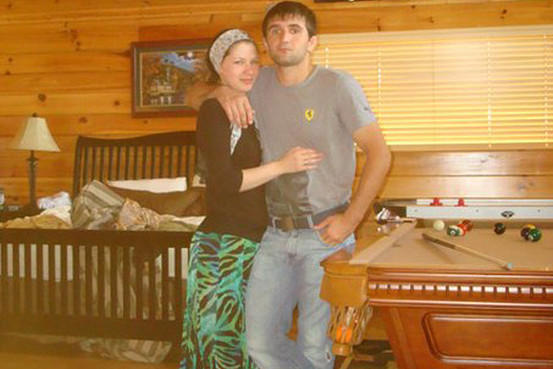