The grotesque pedophocracy reappears in the Quenelle controversy

Why? We have been discussing the quenelle and the controversy surrounding that gesture.
Gallier has been doing his due diligence and uncovered yet another reason the psychopathic elites have their
"knickers in a knot" concerning a new show put on by Dieudonné
The two most recent posts on the subject:

gallier2January 13, 2014 at 3:39 AM
Okay, things start to get clearer now. There is one aspect of Dieudos last show, which was premiered on august 16th 2013, that I didn't know (as I haven't seen it yet) and that was out of focus. The attacks because of his alleged antisemtism didn't make much sense, because it's now the tenth show in a row where he makes violent jibes at them without escalation to the highest order. The show is called "Le mur" (the Wall) and its theme is about the wall of decency between good and bad (as far as I can tell from recension) and one of the themes he touches is about the institutionalized pedophile rings, making allusions do the Dutroux affair and what we here at your blog call the pedophocracy.


The pedophocracy. There are six chapters of Dave McGowans's book- Programmed to Kill- linked in the right hand side bar. Dutroux is mentioned. Very sordid stuff. Not simply limited to Brussels. The US has had their own political pedophile issues. Who can forget the news of children being brought to the White house? 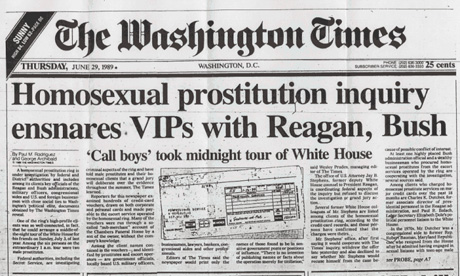 Jerry Sandusky.  And other scandals... that have been covered here at the blog previously
Including-  The billionaire hedge fund pedophile mogul got away with a slap on the wrist
And-  Randy Andy & Jeffrey Epstein: The Prince and the Pedophile

His private jets, filled with naked or nearly naked young girls. Giving 'massages' to passengers
Who amongst the masses can forget the scummy, creepy  Jimmy Savile?

Since the pedophocracy is rearing it's ugly head, yet again, in the Dieudonné kefuffle,  it seems about the right time to relink this older post
If you haven't been a reader at this blog for quite some time this might be new to you.
Dave McGowan being interviewed on this book- Programmed to Kill "As it happens, back in June of 2007, I interviewed Dave about his disturbing book Programmed to Kill: The Politics of Serial Murder. (I’m still amazed I was allowed to bring guests like Dave onto a fairly typical mainstream talk radio station. And we actually wound up winning our time slot for talk radio listeners!"

I have this book, I read this book, it is good, it is difficult....
Anyway, give a listen. I do hope you enjoy it.