Hitler’s wife had ‘Jewish Ancestry”, as did Hitler. Genetically speaking

Reality is so much more interesting then tell-a-vision and entertainment.

Some news here or here
I find this whole 'genetic' testing.... highly questionable, but, that's just me

Scientists commissioned by the show's producers found a DNA sequence passed down through her maternal line -  haplogroup N1b1 - which they said was "strongly associated" with Ashkenazi Jews.

“Many Ashkenazi Jews in Germany converted to Catholicism in the 19th century.

He said: "This is a thought-provoking outcome - I never dreamt that I would find such a potentially extraordinary and profound result."


But, the news about this is absurd. Hitler the ‘anti-semite’
Self-hating? Because Hitler himself, was of Jewish ancestry. However this is defined?
Perhaps even a Rothschild ancestor?

She had N1b1 and he had E1b1bi– Whatever that would/should indicate to us?

As a result of this investigation a secret document was prepared which proved that Maria Anna Schicklgruber was living in Vienna at the time she conceived. At that time she was employed as a servant in the home of Baron Rothschild. As soon as the family discovered her pregnancy she was sent back to her home in Spital where Alois was born. If it is true that one of the Rothschilds is the real father of Alois Hitler, it would make Adolph a quarter Jew


Maybe, maybe not?
From here:

A Psychologial Profile of Adolph Hitler


His Life and Legend

With this old quote


'Let him (the Jew) look for human rights where he belongs: in his own state of Palestine.'
Adolf Hitler - April 1920

Hitler was a zionist? It would seem so. 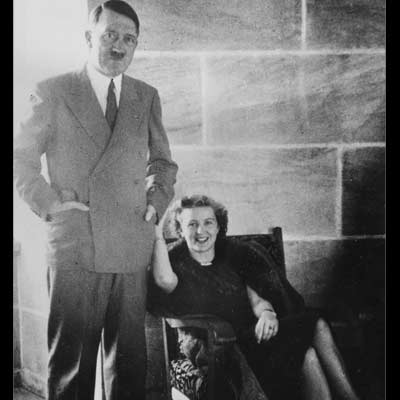