Apologies readers... I misread the date, but, am leaving this posted anyway.
Feel free to leave info and comment regarding today's incident, which still features the usual contradictory reports. Then I will update this post accordingly
Again, my apologies.


All kinds of contradictory news about this incident. I tend to think the shot that downed the plane was fired from anti-fascist held territory. That fact won't stop Kiev's fascist from suggesting otherwise

Separatists in Ukraine used a shoulder-fired missile to shoot down a large Ukrainian military transport jet as it was trying to land at an airport in this eastern city on Saturday, killing all 49 people on board, the military said. The attack was the deadliest episode for the Ukrainian military since the unrest began in the country’s east.

“On approach to the Lu(g)hansk airport a Ukrainian armed forces military transport Il-76 airplane was shot down with an antiaircraft rocket system,” the military wing of the prosecutor general’s office said in a statement. “In addition to the nine crew members, 40 paratroopers were on board. All of them died.”

A surveillance video that captured the plane’s destruction showed a streak of light rising from the ground, then an explosion near the airport where the plane was making its final approach to Lu(g)hansk.

Don't know why the names didn't come over with the image- The plane was shot down near Lugansk airport. 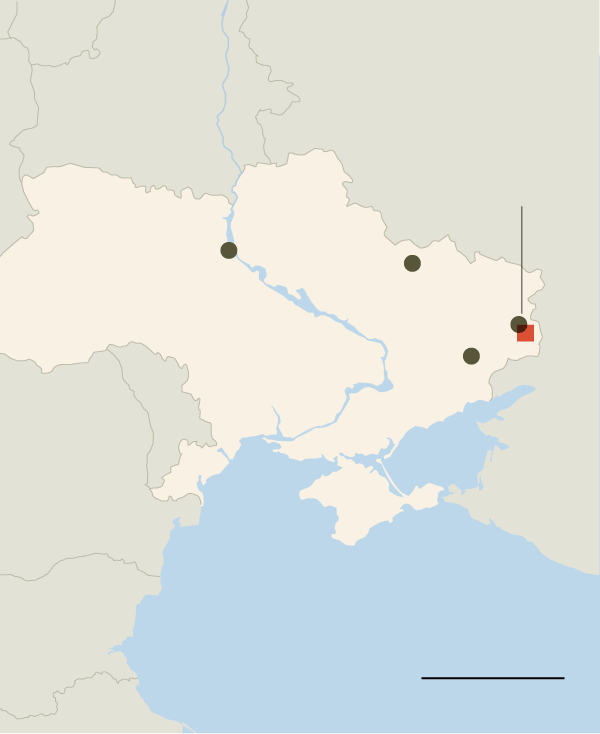 The plane crashed into a barley field about 12 miles from the airport. Parts of the four-engine jet plane were mangled beyond recognition, other items were oddly intact, and all lay scattered about, wholly unguarded by either side.

“Brother kills brother. When will this end?” said one man, who offered only his first name, Taras. “I heard the plane when it exploded last night. How many mothers won’t see their sons again? And for what?"

The post said the missiles were Iglas, or “needles,” Russian-made antiaircraft rockets of a type that separatists have shown to journalists in recent weeks. Pro-Russian groups say they obtained them from Ukrainian military bases.

The jet was making its approach into a contested area. The Ukrainian Army controls the airport, but separatists hold Luhansk, which is important for patrolling the border with Russia.


In Kiev, hundreds of protesters gathered outside the Russian Embassy on Saturday, hurling eggs at the building, tearing down the flag and overturning diplomatic cars. That provoked a response from Moscow, with the foreign ministry issuing a statement accusing the Kiev government of “conniving” with the assailants in the attack on the building.