Notice I capitalized the words aggressor and defences?
That's because Obomba is an aggressor. A war pig. He intends to attack a sovereign nation and if it dares to protect itself he will simply kill a slew of civilians while he hits their nations defensive capabilities

Officials said the U.S. has a good sense of where the Syrian air defenses, along with their command and control centers, are located. If Assad were to use those capabilities to threaten U.S. forces, it would put his air defenses at risk, according to the officials, who insisted on anonymity in order to discuss the administration's thinking on the matter.
... U.S. officials have ruled out direct coordination with Assad and insist that a campaign against the Islamic State will not strengthen the Syrian dictator's hold on power.


Flashback August 28- The ruse was clear then!

We have to realize that ISIS is the smoke and mirrors to the ME reshape.
ISIS is the deception. The distraction. While we are spoon fed the ISIS soma, NATO headed by the US, in cahoots with Israel and the GCC nations reorder the globe to suit their agenda 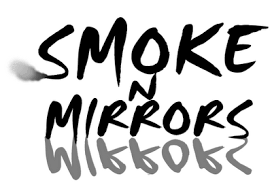 "I am informed that the decision to blow up the Al-Siyaasiyya was a difficult one because the government in Damascus wants to maintain and preserve infrastructure; however, drone surveillance and Intel from allies indicated clearly that the ISIS rats were planning a huge military operation at night to push thousands of their rodents into the west bank for the assault on the D.Z. Army base and airbase.  This cannot happen any longer.
The destruction of the bridge to trap the ISIS terrorists on the east bank was also motivated by a fear that the U.S. would bomb SAA positions in order to help ISIS to assault the DZ airbase and, especially,  Syria’s dense anti-aircraft missile network around the base"