Persian Spring refers to today's earlier post- Is it Time for a "Persian Spring"? Destabilizing Iran
I am connecting Yemen and Iran, because, they are connected. The western powers aka NATO/Israel connect them- Whether they really are, matters not. We are looking at the fact that, as stated, NATO/Israel connects Iran and Yemen- So, it is not coincidence that a Persian Spring is being touted as Yemen is being destabilized.
Just to be straight up front and clear- There was NO Houthi coup in Yemen.
It is very obvious that the western backed transitional government stepped down.
(See here and here and here and finally- HERE)

Second- Saudi Arabia had cut the funding last September 2014. And appear to have cut the remaining funding quite  recently.

“Another lawmaker, Mohamed Saleh Ali, offered a different explanation. According to Mr. Ali, the meeting was canceled (Sunday January 25/15) partly because the president of Parliament was traveling to Saudi Arabia, which sees the Houthis as an extension of Iranian influence and has cut off nearly all aid to the Yemeni government.”


So Saudi Arabia has now cut off nearly all aid to Yemen! When was this done? Was this funding cut the impetus for the mass government resignation? We know that on Thursday the President resigned after the Prime Minister and Cabinet stepped down. Did Saudi Arabia cut funding in order to take down the government?

Digression- It seems that the death of the 'Wily King', Thursday January 22nd,  didn't change a thing! (Was he in charge, really?) Saudi King Abdullah- Dead- A Wily King?

Last September (2014) ,when the Houthis had originally worked out a power sharing arrangement with the western backed government, Saudi Arabia had also reduced funding to the government


“The Houthis are also believed to get financing from Iran, and concern about that led Saudi Arabia last year to cut off $4 billion in funding to the Yemeni government when the Houthis became part of it’

It is often suggested the Houthis get funding from Iran? Though I have yet to see any real connectivity via war mongering media reporting. What is abundantly clear is that Saudi Arabia had been propping up the Yemen government.- Similarly Saudi Arabia props up Egypt.

Houthis are quite moderate:


Houthis may be a lot more moderate than it suggests, according to many diplomats and analysts who have followed them closely.

“The Houthis are not Hezbollah,” said Charles Schmitz, an expert on the group and a professor at Towson University, referring to the Iranian-supported group that dominates Lebanon and is actively fighting on behalf of President Bashar al-Assad in Syria. “They are domestic, homegrown, and have very deep roots in Yemen, going back thousands of years.

April Alley, a senior analyst for the International Crisis Group in Sana, said: “Theoretically there is quite a bit of common ground in Yemen between the Houthis and the U.S., particularly when it comes to security issues and Al Qaeda. But so far it’s not been enough to overcome the obstacles. The Houthis have their own limits in which they can engage the Americans given the political narrative they have propagated.”


Israeli analysts have viewed the rise of the Houthis with concern, worrying that a pro-Iranian government in Sana could disrupt shipping lanes through the Red Sea, a vital passageway for Israel. “The fact that an ally of Iran basically now controls another Arab capital is of great concern to Israel,” said Jonathan Spyer, an Israeli international affairs analyst.

The attack in Marib province was the first apparent drone strike since the departure of Hadi, and signals Washington's campaign against AQAP is continuing, at least in its use of drones, despite his absence.
A suspected U.S. drone strike on a car in eastern Yemen killed three men believed to be al Qaeda militants on Monday, officials said, suggesting Washington's remotely-piloted air war has survived the overthrow of the country's U.S.-backed leader.


The US has NOT evacuated the embassy. Only closing it to the public

The U.S. embassy said on Monday that it was closing to the public until further notice.


Destabilization!: Some, but not all, Southern provinces announce independence from central Yemeni government

A number of southern provinces (2) such as Ibb and Taiz have “declared independence” from Sana’a, while other provinces such as Ma’rib said they would no longer accept any instructions from the capital.


Wanna bet the US and company are totally OK with this declaration of independence? 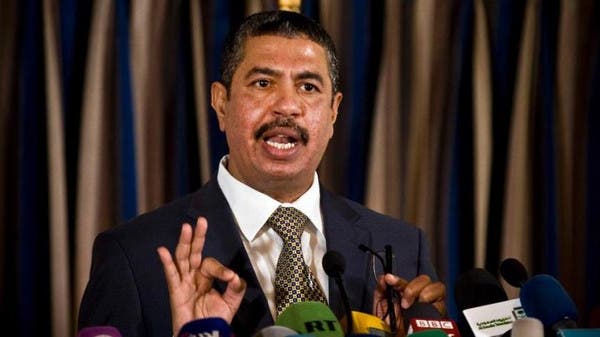 The meeting was among a series of talks that the Moroccan diplomat was holding in Sanaa to try to broker an agreement after Western-backed President Abdrabuh Mansur Hadi resigned, (NO COUP, as I had mentioned) U.N. spokesman Stephane Dujarric told reporters.

Benomar said Hadi and his cabinet were effectively under house arrest (so the quitter says, but, I don't believe him) and that violence could erupt at any time, (this western backed leader is a real drama queen) but he added that a power-sharing deal "was possible," the diplomats said.

The envoy was also in touch with Gulf countries which have come out in strong support of Hadi, whose resignation on Thursday has yet to be endorsed by the parliament.

There was NO coup, this guy quit. The plan the US/Israel etc had for framing the Shiite militias failed.  Likely the US pressured Hadi to quite and he did! The cutting off of funding from the Saudi's sealed the deal- No coup!
Posted by Penny at 2:56 PM