This incident has bothered me, always.

I truly fail to see the "national interest" concerns in bringing back an alleged killer. Way back I did a post on this incident. You can read it here Luka Magnotta: Starting with a US Lawyer and ending.....If you haven't read it already? It's been read thousands and thousands of times.
My plan was to get back to it, because, there was much that was off about this entire situation. Canadian taxpayers spending nearly 400,000 dollars to bring back an individual suspected of a murder was one big problem not the only problem but an extremely bothersome aspect of the Luka Magnotta story.

The only sensible reason for the spare no expense trip to 'repatriate' Mr Magnotta would seem, to me at least, a concern that Mr Magnotta might talk about the wrong things to the wrong people. 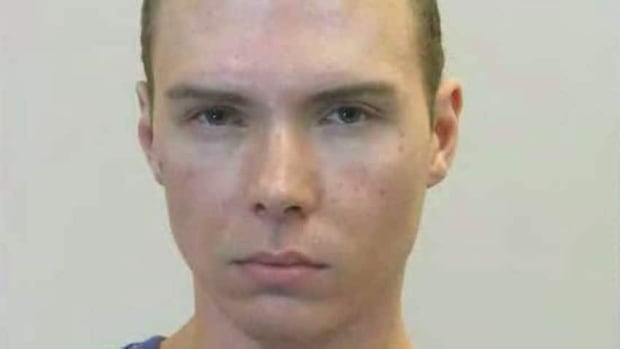 In other words, the Canadian government made waste and haste, to keep control of the Magnotta narrative. To keep the lid on the event. Why?

The big-ticket military mission to fetch fugitive Luka Rocco Magnotta from Germany in 2012 was ordered by a senior Conservative cabinet minister who considered it a matter of "national interest," The Canadian Press has learned.

In June 2012, the Air Force made a $376,218 decision to dispatch one of its largest aircraft to collect the accused killer in Berlin, where local police had collared him to end an intercontinental manhunt that made global headlines.

The messages, obtained under the Access to Information Act, also offer a rare look behind the curtain at the government's efforts to keep details of the "sensitive" mission out of the public spotlight.

The decision to involve the Royal Canadian Air Force — and ultimately one of its CC-150 Polaris Airbus jets — was discussed at the upper levels of the country's political and military ranks, the emails show

Peter MacKay, defence minister at the time, ordered then-general Walt Natynczyk to lend a hand "as soon as possible" after Montreal police asked for federal help.
"We will support this request as an assistance to law enforcement," MacKay wrote to Natynczyk on June 16, 2012, in a partially redacted email.

"I (am) satisfied that this support is in the national interest and that this matter cannot be dealt with effectively without the assistance of the Canadian Forces."

He cited a section of the National Defence Act, which allows the defence minister to call on the military to help police in certain situations.

Natynczyk hit send on a reply to MacKay 21 minutes later.
"Sir, understood," Natynczyk wrote. "Your direction will be actioned."

After exploring their options, the military chose to bring Magnotta home on an Airbus, which can hold up to 194 people when configured for passengers. At the time, it cost an estimated $15,505 per hour to operate.

Taxpayers paid $376,128 for the National Defence portion of the trip, and the department footed the entire bill, a spokeswoman said.

The federal government also made efforts to keep news outlets in the dark about the Magnotta mission for as long as possible, the emails reveal.

One lieutenant-colonel's message described it as a "sensitive op."

Sensitive to who? Sensitive, why?

"There is a very high desire on the part of the agencies and partners involved to maintain confidentiality of this activity through a strict need to know approach," read another.

What agencies? What partners? Why would these 'agencies and parterners' wanted to have maintain confidentiality?


In one exchange, a defence official was praised by one of his superiors for staying on top of the public relations "firefight" by releasing only limited information to an inquiring journalist.

The hotel cost for eight crew members to stay overnight in Berlin was expected to come to nearly $1,300, while the catering total was approximately $3,500 — $1,500 in Montreal and $2,000 in the German capital.

Email ThisBlogThis!Share to TwitterShare to FacebookShare to Pinterest
Labels: Canada