Iran Seizes Cargo Ship? What was it doing so far from the beaten path?

Trying to figure out what's going on here?
Quoting from two articles:

-A cargo ship has been seized by Iranian naval forces and taken to the Persian Gulf port of Bandar Abbas, on the Strait of Hormuz, a tweet Tuesday from the Saudi Arabian-owned Al Arabiya news website

- While it's not yet clear where the ship was intercepted, a live feed on ship tracking site MarineTraffic.com shows one ship with the Marshall Islands' flag, the Maersk Tigris, in the Iranian port of Bandar Abbas. The ship was on its way from Jeddah, Saudi Arabia, to the port of Jebel Ali in Dubai, United Arab Emirates, the website reported. The Pentagon has confirmed that the ship seized by Iran is the Maersk Tigris.

Clearly the ship was in Iranian territorial waters. The question is why?

-"The master was contacted and directed to proceed further into Iranian territorial waters. He declined and one of the IRGCN craft fired shots across the bridge of the Maersk Tigris," said Pentagon spokesman Col. Steve Warren, referring to the Iranian Revolutionary Guard Corps Navy. "The master complied with the Iranian demand and proceeded into Iranian waters in the vicinity of Larak Island."

The ship was already in Iranian waters- the ship master was contacted and told to proceed further into the water, likely for inspection- The ship master declined and shots were fired across the bridge, at which point the master decided to comply- Why did this ship enter Iranian waters at all?

-After the shots were fired the Tigris issued a distress call and the USS Farragut, a destroyer, was deployed to investigate. It's not yet clear what the destroyer may do when it reaches the area.

-While the ship does not belong to a company from the United States, the fact that it is registered in the Marshall Islands is politically important to the U.S. A little-known treaty between the two states makes the U.S. responsible for the Pacific island nation's defenses.

-"The government of the United States has full authority and responsibility for security and defense matters in or relating to the Republic of the Marshall Islands," states the Compact of Free Association signed in 2003 between the two. 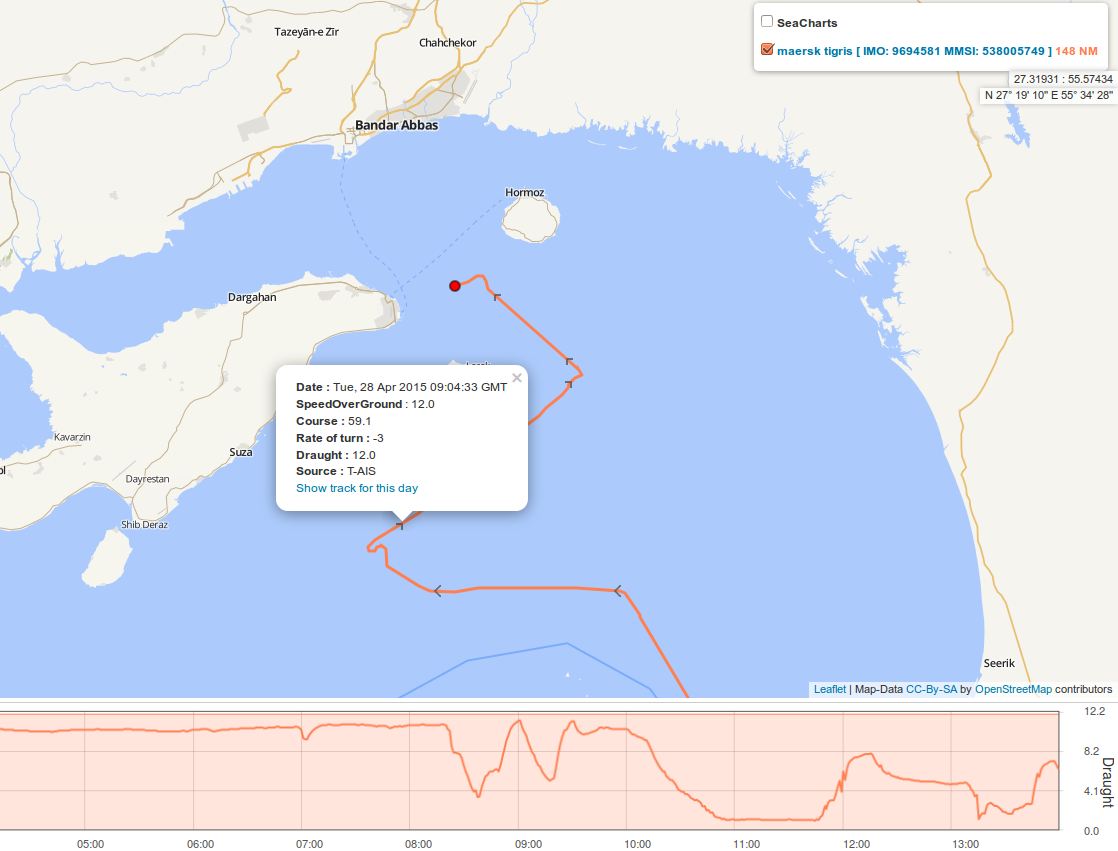 Still wondering why the ship went off it's course?


RT has an image, that can't be placed here- which really makes one wonder how this ship got soooo of course.... Unless?


From earlier today, more important, the impending push back from the petro chemical corporations regarding their abominations known as GMO's

The "Science" of being anti- GMO? Scientism as Religion- Chemical Manipulation of Humanity!