1-Make of that what you will!

***Yet, that didn't make the news rounds till 24 hours later? Or should I say it exploded on the msm once Erdogan left for Latin American- That's important


The Russian Ambassador to Ankara Andrei Karlov was also summoned over the incident, it added.

Speaking to reporters at Istanbul Atatürk Airport before his departure for Chile, President Recep Tayyip Erdoğan said the violation of Turkish airspace, which he also described as NATO airspace, was a result of Russian attempts to escalate existing tension in the region.
"Russia will have to bear the consequences if the violations continue," he said."

"Russia must take all necessary measures to ensure that such violations do not happen again," he added. 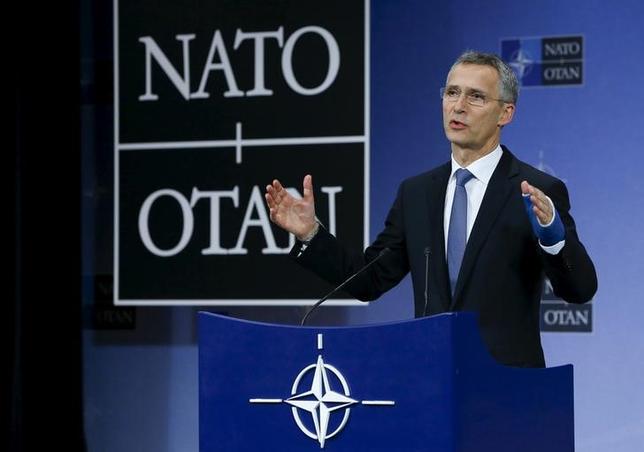 Stoltenberg said in a statement

"I call on Russia to act responsibly and to fully respect NATO airspace. Russia must take all necessary measures to ensure that such violations do not happen again,"

Stoltenberg:  "I call on Russia to act responsibly and to fully respect NATO airspace. Russia must take all necessary measures to ensure that such violations do not happen again."

Considering the Stoltenberg statement I have no doubt that the Russian jet shot down in November was shot down by the NATO fighters, most probably Americans, as part of a NATO operation.

"None of these radars are able to establish the type and affiliation of an aircraft — whether it belongs to Russia or to the so-called US-led anti-ISIL [Daesh] coalition," Konashenkov told reporters.


We read NATO's leader label the alleged intrusion an intrusion in NATO's airspace.
While Russia denies any such intrusion at all, anywhere.

This feels like a distraction. Why? Perhaps because the SAA has made large gains in Aleppo?

An army unit restored security and stability to Tannouzeh village northwest of the Air Force Academy in the eastern countryside of Aleppo, a military source announced on Saturday.

Earlier, army units fired intensively at centers and fortifications of ISIS terrorists in the villages of Jeb al-Safa- al-Seen, Jeb Ghabsheh and Tal Maskour in the same countryside.
The centers and sites with terrorists, weapons and vehicles equipped with machine guns present were all destroyed, the military source confirmed in a statement to SANA.
In the northern countryside, gatherings of terrorists were targeted, with their vehicles getting destroyed, in Hayyan town and Retyan village.
Another army unit destroyed vehicles and gatherings of Jabhat al-Nusra-linked terrorists in al-Mansoura village, 10 west of Aleppo city.
Inside the city, terrorist targets were hit in al-Lairamoun and Salah-Eddin neighborhoods.

UPDATED: Conveniently for the NATO propaganda machine Erdogan is in Latin America


"We regard this infringement which came despite all our warnings in Russian and in English as an effort by Russia to escalate the crisis in the region," Erdogan told reporters before departing on a Latin American tour. "If Russia continues the violations of Turkey's sovereign rights, it will be forced to endure the consequences."


Erdogan before departing for Latin America- in a message for the domestic audience, clearly.

Turkish President Recep Tayyip Erdogan on Saturday embarks on a major tour of Latin American countries in a bid to expand Ankara's ties outside its traditional sphere of influence.


"Russia will have to face consequences if it keeps on such violations against Turkey's sovereignty rights," Erdogan told reporters at an Istanbul airport before leaving on a Latin America tour. "Such irresponsible steps do not benefit either the Russian Federation, or Russia-NATO relations, or regional and global peace."


Ideal time to ramp up the propaganda war