The Top US Military Official Arrives in Turkey. Who Greets Him?...

You know that song  "For What it's Worth"? It’s playin’ in my head right at this moment.
Something is afoot. But what? Let's take a brief trip down memory lane shall we? Perhaps then you'll understand my trepidation?

Prior to the Russian jet shootdown-


Nov.23/2015:  Vice Chairman of the U.S. Joint Chiefs of Staff Gen. Paul J. Selva starts his visit to Ankara reportedly to discuss the fight against DAESH and Turkey's border security in the region. 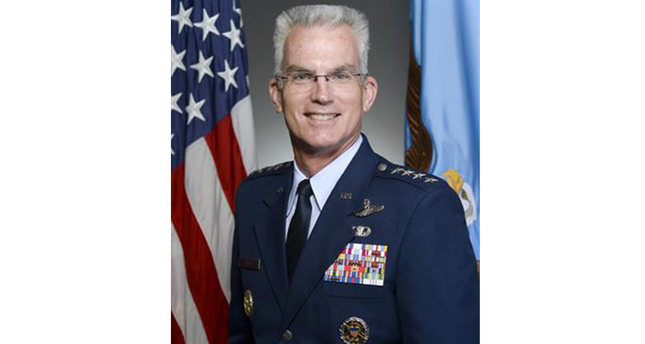 During the meetings the officials are expected to discuss the Russian airstrikes on Turkmen-populated areas in Syria as well as other issues pertaining to the region.

Previously the U.S. Transportation Command, Scott AFB, Ill., responsible for managing all global air, land and sea transportation, Selva assumed the post of vice chairman of the Joint Chiefs of Staff on July 31, 2015

The timing is certainly curious.

I want to get this latest news posted before it get’s too dated. Why? Because I suspect it’s important. Undoubtedly related to the Saudi/Iran situation. Keep it under your hat. The mass executions carried out by Saudi Arabia were intended to provoke Iran.

Turkey. NATO occupied Turkey, is the “monkey in the middle”. Turkey the sovereign nation gains nothing being caught up in this melee. NATO occupied Turkey will play it’s role. It’s vital role.  I believe the PKK will be involved. The PKK crosses freely between Turkey and Iran, through the many mountain routes that run between the two nations. The PKK are allies/one and the same with many, but, not all of the Kurds in Iran. The Kurds are for the most part Sunni Muslim. The Kurds are in an ideal position to kick off terror attacks in Iran. It would be to their benefit to participate in destabilizing Iran.

I wrote about this back in August of 2015:  P5+1 is a distraction. Early Seeds of Iranian destabilization cross the Turkish border

Onto the latest meeting

The chairman of the U.S. Joint Chiefs of Staff Joseph Dunford arrived in Turkey on Tuesday to hold a series of meetings.

Dunford's visit comes amid increased tensions between Iran and Saudi Arabia over the execution of prominent Shia cleric Nimr Baqir al-Nimr by the Saudi authorities.

Saturday's execution prompted attacks on Saudi missions in Iran and saw the axing of diplomatic ties between Riyadh and Tehran.
Dunford was welcomed at Esenboga Airport in the capital Ankara by Turkish and U.S. officials and is scheduled to meet his local counterpart Hulusi Akar on Wednesday, according to military sources.

Dunford goes to Turkey, immediately following the Saudi executions but is not greeted by Erdogan or Davutoglu. He is greeted jointly by US & Turkish "officials”
Who are these officials?

General Hulusi Akar is definitely part of the NATO infrastructure and he has an interesting bio.
The US pretty much runs NATO. So, read on,

General Hulusi AKAR graduated from the Turkish Military Academy as an infantry officer in 1972 and from the Infantry School in 1973.

So, this is about waging war on the ground. Of the covert kind.

He served as a company commander, section chief and branch chief at various units and headquarters including the Turkish General Staff.  He also served as an instructor at the Army Command and Staff College and was posted abroad as a staff officer in the intelligence division in HQ AFSOUTH / Naples, Italy between 1990 and 1993.

Upon his promotion to Brigadier General in 1998, he commanded the Internal Security Brigade for two years, and then served as the Chief of Plans and Policy in Headquarters AFSOUTH / Naples, Italy between 2000 and 2002.

Following his promotion to Major General in 2002, he assumed the command of the Military Academy for three years and was subsequently the Commander of the Army Command and Staff College for two years until 2007.

After his promotion to Lieutenant General, he was the commander of Land Forces Logistics and then the Commander of NRDC-T and the 3rd Turkish Corps between 2009 and 2011.

He was awarded the Courage and Self-Sacrifice Medal by the Turkish General Staff due to his outstanding achievements in internal security operations, Turkish Armed Forces Medal of Service and Medal of Honor for his exceptional service. He was also awarded the NATO Medal and Legion of Merit in Bosnia-Herzegovina during SFOR Operation, the NATO Medal during KFOR operation, Korean National Security Legion of Merit, the United States Legion of Merit, Kazakhstan Armed Forces’ 20th Anniversary Medal and Kyrgyzstan Armed Forces General Staff Distinguished Service Medal, Republic of Azerbaijan Distinguished Service in Military Cooperation Medal and Azerbaijan Border Security 95th Anniversary Medal.

Okay, this guy is definitely linked to the US and NATO. He, from that bio, looks to have been involved with and have experience with covert operations.

So why is the top military dog meeting with his 'counterpart' in Turkey, alongside other officials, but not meeting the elected leadership?

And finally h/t GC: There is also the coup option. Alongside the destabilization of Iran.

As I've suggested:  Increasing the destabilization geographically- worsening it in Turkey. Iraq. Syria. Moving into Iran Just take a look at who Obama is expected to appoint to CENTCOM!  Highlighting the interesting tidbits:

President Barack Obama is expected to put a special operations officer in charge of U.S. Central Command, the headquarters that oversees U.S. military operations against the Islamic State in Iraq and Syria as well as the war in Afghanistan, a senior defense official said Wednesday.

The president's choice is Army Gen. Joseph Votel, commander of U.S. Special Operations Command, to succeed Army Gen. Lloyd Austin, the official said. The official was not authorized to reveal the choice and so spoke on condition of anonymity.
The unusual choice of a special operations commander to head Central Command aligns with Obama's heavy reliance on special operations forces in the intensifying war against the Islamic State, as well as the prominent role that the commandos are playing in Afghanistan a year after the U.S. combat role there officially came to an end.


For What It's Worth?