But whose armed forces (meaning with weapons) were they? 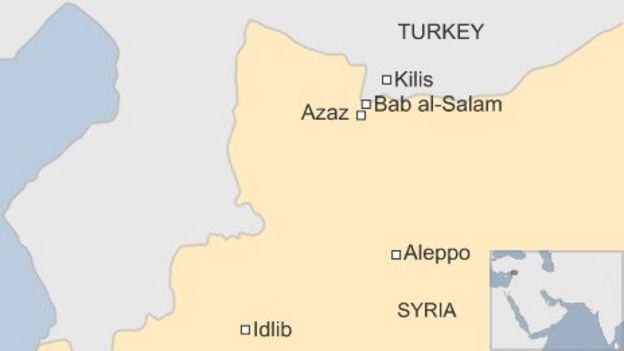 Don't assume this is Turkish military/ NATO affiliate or otherwise- It's not clear at all.

The quoted report does not say Turkish military.

The Syrian Foreign Ministry announced in a statement followed by IraqiNews.com, “12 vehicles equipped with machine guns entered the Syrian territory coming from the Turkish territory across al-Salama border accompanied by about 100 armed fighters.”

The Syrian Foreign Ministry added, “The supply of ammunition and weapons is ongoing through al-Salama border into Azaz area in ​​Aleppo city in northern Syria.”

Tanks, not mentioned
APC's not mentioned.
Only vehicles with machine guns and I like to stick with what I already know.

If they crossed into  the area north of Azaz as is reported... Who allowed them to pass? Who greeted the armed forces?

We know there are Kurds present in that location. Were they resupplied?

"The YPG, the PYD's armed wing, has advanced to Azaz, located in the Aleppo province which has been the scene of recent heavy fighting, just six kilometers (four miles) from the Turkish border"