Russia convened an emergency UN Security Council Session on US-Led coalition airstrikes against the Syrian Army which Moscow fears will undermine the breakthrough ceasefire agreement that just went into effect earlier this week.

On Saturday, Russia convened an emergency session of the UN Security Council to discuss the US-led coalition airstrikes that the Syrian Army Command says killed at least 62 Assad regime soldiers. The US admits that they inadvertently targeted the Syrian forces, but claim that in a statement by the US Central Command claim that they warned Russia prior to the bombing.
The Russian Foreign Ministry said that the United States and the coalition failed to provide any warning to Russia prior to the bombing attack at Deir Ez-Zor carried out by two American F-16s and two American A10 ground attack aircraft.
The Syrian Foreign Ministry joined in the calls to the United Nations saying calling on the Security Council to officially condemn airstrikes by the US-led coalition of Syrian Army positions. Syria has long argued that American airstrikes in the country's airspace are illegal because the Assad government has not invited the United States to intervene.
The attacks come only five days into the breakthrough ceasefire agreement orchestrated by the United States and Russia with Moscow saying in a statement that they believe that the US is responsible for the imminent breakdown of the agreement. Nonetheless, the failure by US forces to appropriately target highlights the necessity of the ceasefire arrangement which called for the US and Russia to ultimately coordinate their strikes. 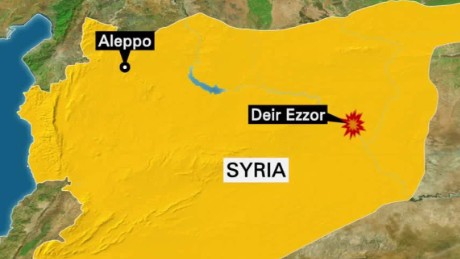 At the request of Russia, the United Nations Security Council is set to convene at 7:30PM ET, only a matter of hours after a US-led airstrike killed 80 Syrian Army forces paving the way for a major Daesh offensive.

"Russia’s Foreign Ministry Spokesperson Maria Zakhavrova said of the attacks, "If earlier we had suspicions that the Nusra Front is protected this way, now after today’s airstrikes on the Syrian army we come to a really terrifying conclusion for the entire world: the White House is defending IS (Islamic State or Daesh)."


In case you are unaware of the situation ongoing situation: