Obama Meets Erdogan In Bid To Patch Up Differences-Obama Snubbed

By more parties then one.

If a picture tells a thousand words, then what theme or message are we receiving from this image?

Considering: NYT's chose the Sunday of a long weekend to use this image with accompanying article (no one but a die hard news follower will see this image)


Go ahead, make that image a bit larger.  Take a good look at it? What do you notice?

-  President Obama sought on Sunday to heal a rift with Turkey

-  Mr. Obama’s comments, after he met with Mr. Erdogan before a Group of 20 summit meeting here, seemed calculated to smooth over hard feelings in Turkey

-“This is the first opportunity that I’ve had to meet face to face with President Erdogan since the terrible attempted coup,” Mr. Obama said, facing the Turkish leader across a long table. “We’re glad you’re here, safe, and that we are able to continue to work together.”

Wow, I do NOT believe Obama, not at all.  I am supposed to believe that Obama is truly happy that Erdogan is present, safe and able to work with him and yet, couldn't find a moment to meet face to face with Erdogan in nearly two months????

-The president papered over the fact that Turkey’s interests have diverged recently from those of the United States, particularly in Syria

- Erdogan :“We have to embrace the same stance against all terrorist organizations around the world,” he said, adding, “Our hope is never to see a belt of terrorism, a corridor of terrorism emerging in or around our region.”

No Red Carpet for Obama in China! 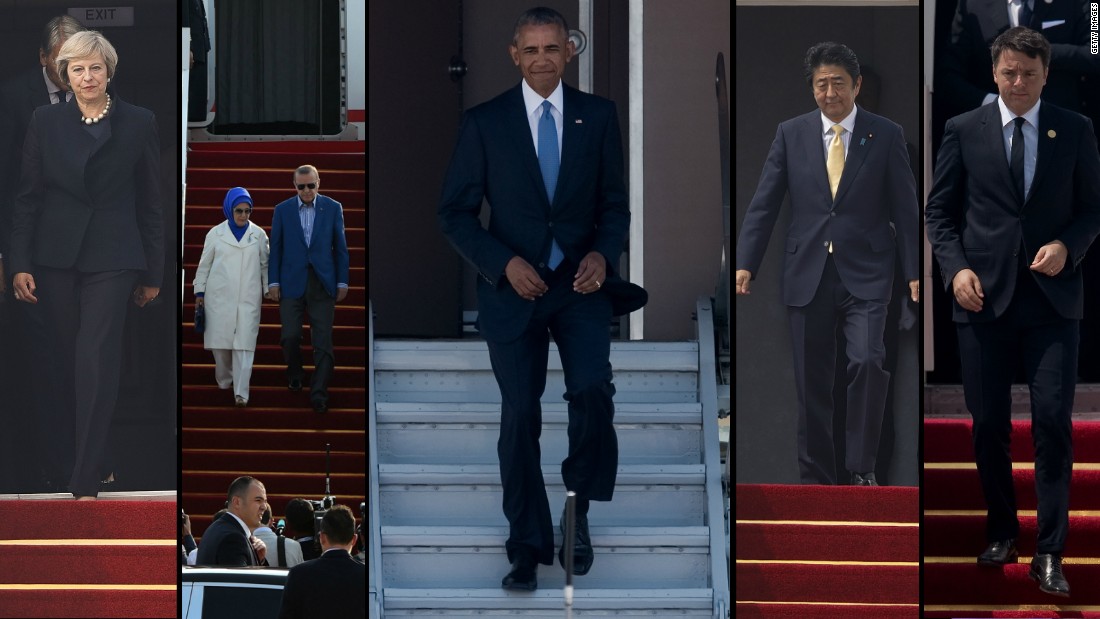 The US has been agitating in the South China Sea...


It's the second day of high-stakes diplomacy for Obama, who arrived here Saturday to an inauspicious welcome: no red-carpeted stairs for Air Force One and open quarreling on the tarmac between Chinese and US officials over press access. Other leaders arriving for the G20 here were greeted with a far grander welcome.