Fake US Embassy, Real US Documents, In Ghana! Suspicious? You betcha! 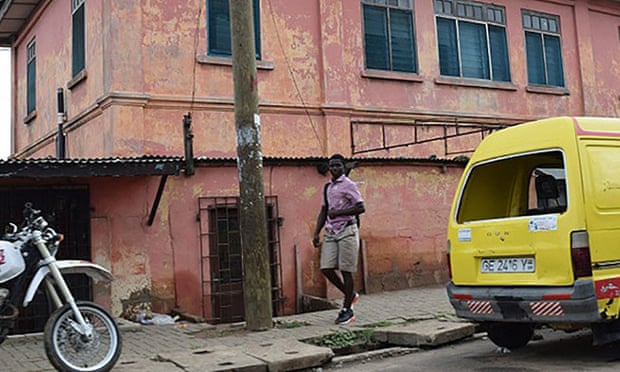 Almost forgot to hattip anonymous commenter for tipping me off to this news from a month ago- but relevant for sure!- thank you!

Keep it under your hat..

Authorities in Ghana have busted a fake US embassy in the capital Accra run by a criminal network that for a decade issued illegally obtained authentic visas, the US state department has said.


I do not believe the US was unaware of what was going on at this "fake" embassy. Sounds like a plausible deniability situation tailor made for covert ops

Until it was shut down, the sham embassy was housed in a rundown, pink two-storey building with a corrugated iron roof and flew an American flag outside. Inside hung a portrait of the US president, Barack Obama.


“It was not operated by the United States government, but by figures from both Ghanaian and Turkish organised crime rings (PKK?) and a Ghanaian attorney practising immigration and criminal law,” the state department said in a statement.

Having all these documents would be so handy for smuggling..


Officials in the Netherlands were not immediately reachable for comment on Sunday.
The crime ring issued fraudulently obtained but legitimate US visas and false identification documents, including birth certificates at a cost of $6,000 (£4,700) each, the statement said.

During raids that led to a number of arrests, authorities also seized authentic and counterfeit Indian, South African and Schengen zone visas and 150 passports from 10 different countries along with a laptop and smartphones.

The statement did not say how the gang obtained the authentic visas or how many people were believed to have illegally entered the US and other countries using visas issued by the crime ring.

“The criminals running the operation were able to pay off corrupt officials to look the other way, as well as obtain legitimate blank documents to be doctored,” the statement said.


The refugee crisis and  all those fake Syrian ID's. Smuggling. Terror Attacks.
I would say- A piece of the puzzle