A few points that bother me:

- How could this incident be immediately labelled as a terror attack?
- Why not some shooter/s on psychiatric meds run amok? Temporary insanity? How about just calling it a crime?
- So the quickness the ‘terror act” label was used is suspicious
- The claim this is "against Muslims"- Is of course, identity politics and was chosen specifically for this presentation- Why not "against Canada"? Against "recent immigrants"?
-Instead we are getting "against Muslims" This suggests to me a specific card is going to be played very soon- it's called the 'shame on all of you card" Linked to the bad Donald Trump meme that was going around all week end. Trump's Refugee Ban is Actually Obama’s Refugee Ban...
- And that's another interesting point- the timing of this incident?
- Cue the tolerance speeches?


Gunmen attacked a suburban Quebec City mosque as worshipers were finishing their prayers Sunday night, killing six people and wounding more than a dozen others — a horrific assault that government officials immediately labeled a terrorist act.

“The shooting is a particular shock for Quebec City, a quiet white-collar city that reported just two murders in all of 2015. The metropolitan area has about 806,000 people”

My first thought this morning. Guns aren’t readily available in Canada. They aren’t readily accessible. There isn’t nearly the same level of gun ownership here in Canada as in the US. Of course there is the illegal/blackmarket gun market-


A spokeswoman for the Sûreté du Québec, the Quebec provincial police, said that two suspects had been arrested.

Two suspects have been arrested and absolutely nothing has been released about them-  No names as of early this morning. Nothing. And this took place hours ago. Presumably the suspects were arrested hours ago also? (There is presently news about the suspects, from about 25 minutes ago present time 10:15 est. I will post that update at the bottom)


"Police provided no possible motive as they launched their investigation"

No names. No motive- But it's known to be terrorism against Muslims?

Police in Quebec City say that at least two suspects are in custody following a mass shooting Sunday evening that targeted people who were praying at a local mosque.

At least two suspects? Quebec Police are uncertain of how many are in custody? Could someone have been released already?

Three gunmen reported but two arrested. No names. No motives. No nothing.

"Earlier, a witness told news agency Reuters that up to three gunmen fired on about 40 people inside the Québec City Islamic Cultural Centre"


The Canadian prime minister quickly took to social media to express his condolences.

"Tonight, Canadians grieve for those killed in a cowardly attack on a mosque in Quebec City. My thoughts are with victims & their families," Justin Trudeau tweeted.


One of the suspects was arrested 14 miles east of the mosque along the shore of the St. Lawrence River on the approach to a bridge leading to the Island of Orleans. The bridge was closed by authorities. The second suspect was arrested close to the mosque, according to police, who have not publicly identified the suspects.


On suspect was picked up 14 miles or approximately 22-23 kilometres away from the mosque. At what time? How long from shooting to arrest? Other reports have the suspect phoning police to give himself up.


“While describing the attack as terrorism, authorities did not say by whom and for what motive. Nor did they describe the ethnicity or religious identity, if any, of the perpetrators. That left open a wide variety of possibilities, including anti-Muslims or Muslims”

“Still, the context of the attack was inescapable, coming after a rise in anti-Muslim rhetoric, behavior and vandalism in both the U.S. and Canada and amid a heated debate over President Trump’s executive order temporarily shutting U.S. borders to refugees and migrants from seven mostly Muslim countries”


It appears our perceptions are being manipulated yet again.
Do I believe people died. As of right now? Absolutely yes!
Do I find the timing very suspect? You bet
The missing shooter suspect? Yup
The immediate claim of terrorism suspect? Oh yah!
The disgraceful promotion by selfie PM suspect- Definitely spoon feeding the desired narrative out to the world- Trudeau should not jump to conclusions, until this investigation has at least cleared up some of what happened and why?


"It seemed to me that they had a Quebecois accent. They started to fire, and they they shot they yelled, 'Allahu akbar!

A Quebecois accent? "Pure Laine" then?

A bit more on the alleged perps:


”the students of a local university, local media reported"

According to Le Soleil newspaper, one of the detainees is a Canadian-born man, while another person is of Arabic origin. The police are conducting searches in the apartments of the suspects”


And what had happened to the the third perpetrator? Or possibly a fourth?  According to CTV reports there are 4 in custody.

Here’s an interesting eyewitness account! Pay attention to what is being stated..
Globe and Mail:


One man, who did not want to give his name, said he was in the mosque after the evening prayer when a man walked in and started shooting “everything that was moving.”

“It was someone who mastered weapons because it was calm,” the man said. “He killed and he killed. It was really horrible.”

"“It was someone who mastered weapons because it was calm”

Update on alleged Shooters: Montreal Gazette ( I  read this  at 9:50 am est)


According to Radio-Canada and LCN, the two suspects in Sunday’s terror attacks on a mosque in Quebec City are Alexandre Bissonnette and Mohamed Khadir.
One of the suspects was arrested at the scene, while a second called 911 himself and was arrested around 9 p.m., just over an hour after the first 911 calls came in at 7:55 p.m., police said Monday morning during a news conference involving the Sûreté du Québec, the Royal Canadian Mounted Police, Quebec City police and Montreal police.

The suspects, men in their late 20s and early 30s, were not known to police and the investigation into a possible motive continues, said superintendent Martin Plante of the RCMP’s C Division. He would not confirm the identity of the victims.

“We must respect the judicial process, we cannot reveal suspects’ identities yet,” he said, adding that it was still too early to determine what charges the suspects in the case will face.

Only after the suspects appear in court to face the charges can their identities be released.

I am publishing this post at approximately 11:10 am est- I've been reading news since 8:00am
There will be updates later as more information becomes available- unlike the narcissist PM I will exclude nothing- Terrorism? Perhaps? Possibly even State Sponsored Terrorism 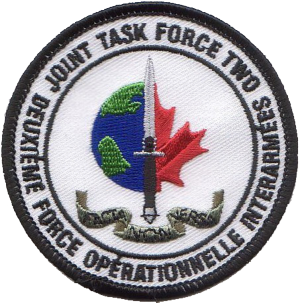 JTF2? Quite Possible- Think of them as a NATO Gladio style Operators


In fact it (JTF2)was deployed within Canada twice in the past year – to safeguard the Vancouver Olympics and the G8/G20 summits, where the elite soldiers lurked unobtrusively in sites surrounding events.


JTF2 was also present at the Ottawa Shooting:


‘The elite JTF2 military team was deployed to the scene”

• Alexandre Bissonnette and Mohamed El Khadir were in police custody after masked gunmen entered a mosque on Sainte-Foy St. and opened fire during evening prayers around 7:45 p.m. Sunday. By noon, only one of them was considered a suspect, police said.

• There’s no evidence to suggest the suspects worked with a larger terrorist organization, according to an inspector with the Sûreté du Québec.

Home grown then?  Are we going to getthe usual lone wolf account?
Will it be the Arab sounding named suspect? Will it be Mr Pure laine?
If they go with Pure Laine-  Bisonnette, are we going to get that public shaming from Trudeau?

Part 3:  Quebec Shooting: Questions About the Meetings between Debrois & Bissonnette?