Before we get to the report regarding the Trump effect changing perceptions, ponder this..
Asch Conformity Experiment Aim: Solomon Asch (1951) conducted an experiment to investigate the extent to which social pressure from a majority group could affect a person to conform.


Results: Asch measured the number of times each participant conformed to the majority view.  On average, about one third (32%) of the participants who were placed in this situation went along and conformed with the clearly incorrect majority on the critical trials.

Conclusion: Why did the participants conform so readily?  When they were interviewed after the experiment, most of them said that they did not really believe their conforming answers, but had gone along with the group for fear of being ridiculed or thought "peculiar".  A few of them said that they really did believe the group's answers were correct.

Apparently, people conform for two main reasons: because they want to fit in with the group (normative influence) and because they believe the group is better informed than they are (informational influence).

For the moment I would like the readers here to consider the results of the Asch experiments when thinking about the presentation of Trump via the always perception managing media?

Trump is consistently presented negatively via the media- He hates Muslims. He’s bad to women. He burns ants with the magnifying glass- what ever! Couple that with the presentation of the majority disapproving of Trump  again this majority disapproval picture comes via the media- In the form of protests : Madonna and the Pussy Hats.  Trump “banned” Muslims. Or simple news coverage of Trump statements:  Trump shouldn't meet  Royals because of his crude comments. Or Trump and Sweden.

The Equation: the process of equating one thing with another.


Consider the Asch Conformity Experiments, the always negative, ridiculing presentation of Trump via the main stream mind control machine when you read the report about how the Trump effect is changing perceptions regarding Muslims..

Engineering a revolution in opinion towards Muslims- From terrorists to victims.
No value judgment here- Consider the employment of conformity with the changing opinion

Could the Trump effect end up being good for US Muslims?

Effect: a change that is a result or consequence of an action or other cause.


Data and public opinion polls conducted by Shibley Telhami — a non-resident senior fellow at Brookings and the Anwar Sadat professor for peace and development at the University of Maryland — show significant improvement in how US Muslims and their religion are viewed in the Trump era.

The change and improved attitudes constitute a backlash to the increasing Islamophobia that has accompanied Trump’s ascendancy to the White House. Telhami described to Arab News what is happening as a “parallel trend” to the shootings, vandalism and other kinds of hate crimes that have targeted the community.

However, this spike in criminal acts against minorities could tip the balance, and is driving a “heartening parallel trend,” said Telhami. “Trump has also empowered a majority of Americans on the other side of the equation to show solidarity with the Muslim community.” Almost 1,000 participants rallied in New York in solidarity with Muslims last weekend.

Telhami referenced “four polls over the past year” that his center has conducted, which show that “Americans’ views on Islam and Muslims have become more favorable incrementally. Every single poll showed a positive change of around 12 percentage points. We are almost now at pre-9/11 numbers.”

Telhami said: “This is a revolution (in the perception of Muslims) taking place in America,” one where “Islam and Muslims are being integrated into the American identity as part of who they are.” The rise in Islamophobia has also prompted more active engagement from the community in US politics, whether it is running for public office or taking part in political and media discourse.

While Telhami stressed that it will “be hard to know which one of the two trends (Islamophobia or revolution) will win out because it is a function of politics,” he saw the trajectory of US values as one that would ultimately favor the embrace of Muslims. 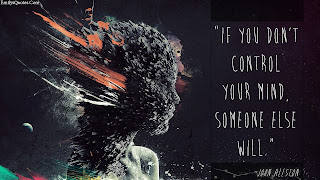 https://en.wikipedia.org/wiki/Normative_social_influence
Posted by Penny at 4:14 PM