You all knew it was going to happen.  The US was going to manipulate this situation,  muddy the waters, in order to hide their own malfeasance. The US has the upper hand thanks to a  treaty between the US and Japan that not only gives the US all the milk, it gives them all the cows too!

I noticed on Sunday, two days after irresponsible members of the USS Fitzgerald crew gave us all a perfect example of  foolishness, arrogance and hubris, resulting in the loss of life and incapacitating damage to the ship that there were claims the Japanese Coast Guard got the accident time wrong- It had been reported for days the accident occurred at approximately 2:30 am local time


Seven US Navy Sailors Unaccounted for in Crash off Japanese Coast

The post relinked above went up at approximately 1:32 EST- Read the news prior to that on RT


7 US crew members missing. URGENT: The USS Fitzgerald, a 505-foot destroyer that carries the motto "Protect Your People," struck a merchant vessel at approximately 2:30 a.m. local time on June 17. about 56 miles southwest of Yokosuka, Japan, on Friday.

Here’s where we get to the perception managing deal the US is pushing on Japan.

According to the US, the Japanese Coast Guard got the time wrong not because the Coast Guard got the time wrong, but, because the ACX Crystal DIDN’T NOTIFY the coast guard until a whole hour later- Since you can’t prove something didn’t happen, because it didn’t happen, the US has to force an altered time line onto reality and wielding the upper hand given to it by the treaty, the Japanese firm that owns the container ship has agreed to the altered time line.

It was a given the US was going to engage in exactly this type of behaviour and they did not disappoint- No Sireee!!!

hattip Gordon McPhail- did you realize you handed me the necessary piece of the puzzle Gordon?


" the Japan-based transportation company operating the merchant ship, agreed to the revised timeframe"

And now a call that didn’t happen, that could never be proven, (because if it hasn't occurred it can't be proven in the real world) has now been maneuvered into an altered time line- Right before all of our eyes.

To avoid job loss or some type of retribution some crew members of the ACX Crystal will lie about the time the accident occurred & claim the should have called it in, but, didn't... and the US has muddied the waters enough to take some of the heat off the Fitzgerald crew and captain 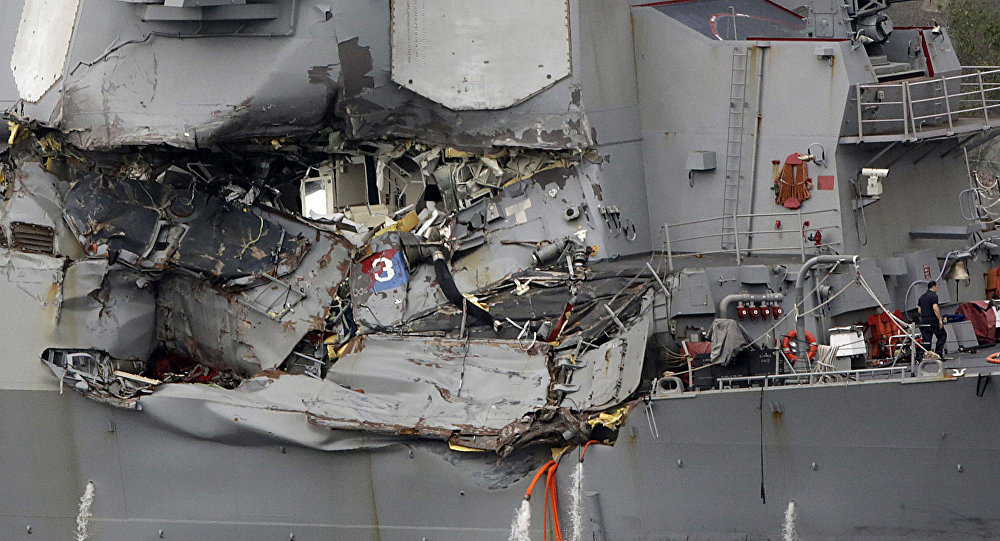 We are getting right into creating yet another fictitious reality in order to serve a specific agenda. Don’t you love how the real world is manipulated to serve those that hold the power? In this case the US Navy having the upper hand and an overwhelming amount of clout thanks to their prior treaty with Japan to coerce this situation.
: to use or change (numbers, information, etc.) in a skillful way or for a particular purpose
This alteration of the time line is a perfect example of deceptive changes for a particular purpose. Now the US can spread the blame around and distract from the criminality of the US Fitzgerald’s actions.