Well readers, as you can imagine, I'm not the least bit shocked or surprised at this news.

Considering I had written that this exact type of destabilization using the PKK affiliate PAK in Iran would occur: 2015- And had also repeatedly informed readers here regarding the symbiosis of KurdIShIS.: 2014


"In the wake of two deadly terrorist attacks that targeted the Iranian Parliament and the Imam Khomeini Mausoleum in Tehran, security sources have pointed to Iranian Kurds affiliated with ISIS as the likely perpetrators."


It's been frequently reported here that the Kurdish militias are Sunni Muslim extremists.
All the while others promoted them as secular, democratic and egalitarian. Treating women as equals- hahaha- the 5 eyes media,  mainstream and alt, just went to town with this rubbish!


"Serias Sadeghi, has been identified. Sadeghi is an Iranian Kurd from Paveh, a city in western Iran, and has been cited as a prominent recruiter for ISIS in Iranian Kurdistan"

The men can be heard speaking in Arabic and Kurdish, lending credence to the all-but-confirmed theory that Iranian Kurds were behind the incident.

The fact that Wednesday’s attackers were most likely Sunni Iranian Kurds could signal the beginning of a larger insurgency within the nation.

Backed by US clients- I talked about this the other day. Recall?

An apparent reference to Saudi Arabia? Maybe? Maybe not?
The US backs so many “clients” aka proxies.. One should question why the Atlantic and others are pushing only the Saudi Arabia angle? I can think of others... MEK and the PKK proxies in Iran.

I had mentioned previously the US has been arming and training Iranian Kurds..

These same Iranian Kurds, subsidiaries of the PKK, have fought with the YPG aka Syrian Kurds aka PKK & have assisted along with ISIS in annexing Syrian territory.

It is unclear where the mastermind was killed, although it is believed one of the attackers came from the Kurdistan region of Iran.


The individual who had commanded the terrorist attacks and had left the country was killed by the forces of the Intelligence Ministry and other friendly intelligence services on Saturday, the minister said.

The intelligence minister added that however, 42 or 43 criminals have been arrested and their hideout was identified in the western province of Kermanshah. 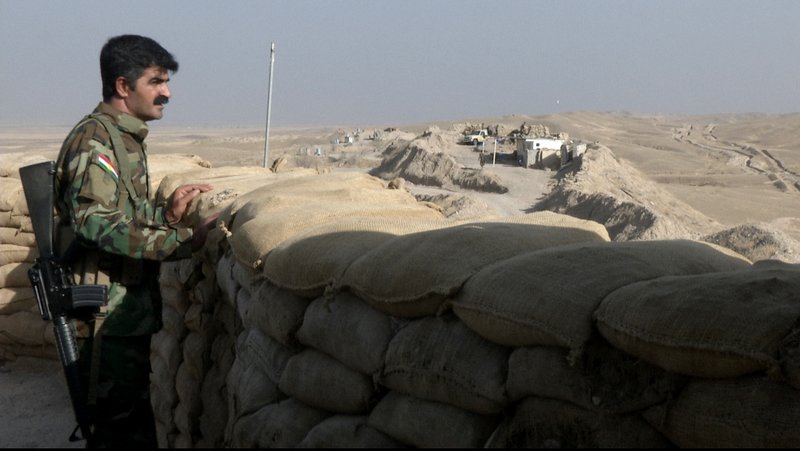 "An Iranian Kurdish rebel group received military training in weapons and explosives from U.S. and European advisers as part of the international program backing Kurds in the war against the Islamic State group in Iraq, the group's commander told The Associated Press."

Yes, readers, as I've said the US is employing Kurds as ISIS, among others, and they've been arming and training them to not  'fight' ISIS - All they are doing is killing civilians, national soldiers such as SAA and annexing territory


"But any training of Iranian insurgents, even indirectly through the anti-IS campaign, could alarm Tehran"

Hell it could cause the deaths of many many civilians in Tehran- Oh wait that just happened. And the Trump administration gloated...


Rudaw - Iranian Kurds Trained by US


"The AP report describes the training of the PAK fighters as “a further twist in the complex web of alliances and enmities swirling around the wars in Iraq and Syria. Iran is a powerful backer of the Iraqi government and Iraqi Shiite militiasagainst the Islamic State group.”

After having written repetitively about  the blatant symbiotic behaviour between the Kurds and ISIS, and having my posts met with derision or simply ignored.  The vindication is nice but bitter sweet.

"All truth passes through three stages. First, it is ridiculed. Second, it is violently opposed. Third, it is accepted as being self-evident"


Syrian Brigadier General: The 3 Amigos- US, ISIS and YPG