Let's Talk About the Death/Displacement Toll on the Civilians of Raqqa, Syria

Since I'm in a fightin' mood- Here's another aspect of the Syrian situation that seems to be mostly ignored by the 5 eyes main stream and so called alt media. I've mentioned the de facto no fly zone. Twice this week.


“The U.S. and U.S.-backed forces are using tactics that are virtually guaranteed to raise enormous levels of casualties,” in the war in Syria, IPS Middle East expert Phyllis Bennis told The Real News Network.

In an effort to drive out ISIS from the heavily-populated—somewhere up to 200,000 civilians—city of Raqqa, the U.S. is resorting to tactics that will make what the UN  already called a  “staggering loss of life” worse"


"There has been a lack of press coverage dedicated to U.S. use of chemical weapons, including white phosphorous—especially serious when considering the international outcry months ago when Syrian President Bashar al-Assad was accused of using chemical weapons in Aleppo."

There is also a lack of press focus on the escalating civilian casualties caused by U.S. airstrikes in and around Raqqa."

I got to admit the lack of alleged authority challenging alt media coverage has me flummoxed!

The Telegraph : US-led coalition kills nearly 500 civilians in one month in Syria in record high

500 civilians is being admitted to. You all know it's higher.

Amazing these people! Trying to have some semblence of normality in all this mayhem- Surely a necessity for their souls. For their mental health. My goodness...


Some 470 civilians, including 137 children, died in air strikes on the Islamic State of Iraq and the Levant (Isil)-held cities of Raqqa and Deir Ezzor in eastern Syria between May 23 and June 23.

Observers claim the number is higher than those killed by Russian strikes, Isil and President Bashar al-Assad’s forces in the same period.

Human rights and monitoring groups have warned for months of the rising human cost of the coalition’s air war, particularly as the battle for Isil’s so-called capital of Raqqa intensifies.


Civilian deaths by coalition airstrikes in Iraq
The US, UK and other coalition members have provided air support for allied Syrian Democratic Forces (SDF) on the ground.

The coalition insists it takes every measure to avoid hitting civilians, but residents say they are increasingly becoming collateral damage.

The coalition of the killing always denies their killing ways...


“We note in particular that the intensification of airstrikes, which have paved the ground for an SDF advance in Raqqa, has resulted not only in staggering loss of civilian life, but has also led to 160,000 civilians fleeing their homes and becoming internally displaced,” Paulo Sérgio Pinheiro, chairman of the UN Independent International Commission of Inquiry on Syria, said earlier this month.

In March, more than 200 mostly women and children were reported to have been killed while they seeking refuge in a school building in the village of Mansoura.
Alarmingly high civilian tolls are also being reported in the Iraqi city of Mosul, where the battle to dislodge the jihadists is in the final throes.

In one, now notorious incident, more than 150 civilians were killed on Match 17 when a 500lb bomb was dropped on a house to kill two Isil snipers on its roof.


I excluded the bullshit blaming Trump, because that spin was addressed here some time ago.


Did Trump Really Pull The Trigger on Obama’s Raqqa Plan?

It's doubtful there were any restrictions on troop numbers and it's certain that there were ZERO restrictions on civilian casualties put in place by Obama-  Zero. None. Zip. Zilch. Don't believe me? Let's recall this post from September 30 2014?  White House- Kill Syrian/Iraqi Civilians- Exemption for airstrikes


The White House has acknowledged for the first time that strict standards President Obama imposed last year to prevent civilian deaths from U.S. drone strikes (not just drones) will not apply to U.S. military operations in Syria and Iraq. 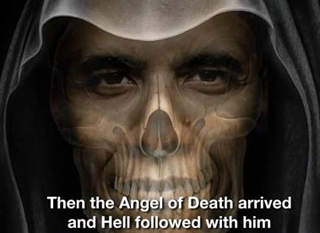 The US/Coalition Policy is the same under Trump as under Obama- Kill and displace as many civilians as possible- That's how you remake a region. And weaponize refugee flows.


Syria: Second SAA Jet Deterred by US Over An Obvious No Fly Zone