Smart Phone Dystopia: “Our Minds Can Be Hijacked”

“Google, Twitter and Facebook workers who helped make technology so addictive are disconnecting themselves from the internet. Paul Lewis reports on the Silicon Valley refuseniks alarmed by a race for human attention”

Justin Rosenstein had tweaked his laptop’s operating system to block Reddit, banned himself from Snapchat, which he compares to heroin, and imposed limits on his use of Facebook. But even that wasn’t enough. In August, the 34-year-old tech executive took a more radical step to restrict his use of social media and other addictive technologies.

Rosenstein purchased a new iPhone and instructed his assistant to set up a parental-control feature to prevent him from downloading any apps.

He was particularly aware of the allure of Facebook “likes”, which he describes as “bright dings of pseudo-pleasure” that can be as hollow as they are seductive. And Rosenstein should know: he was the Facebook engineer who created the “like” button in the first place.

A decade after he stayed up all night coding a prototype of what was then called an “awesome” button, Rosenstein belongs to a small but growing band of Silicon Valley heretics who complain about the rise of the so-called “attention economy”: an internet shaped around the demands of an advertising economy. 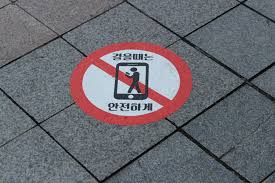 These refuseniks are rarely founders or chief executives, who have little incentive to deviate from the mantra that their companies are making the world a better place. Instead, they tend to have worked a rung or two down the corporate ladder: designers, engineers and product managers who, like Rosenstein, several years ago put in place the building blocks of a digital world from which they are now trying to disentangle themselves. “It is very common,” Rosenstein says, “for humans to develop things with the best of intentions and for them to have unintended, negative consequences.”

Rosenstein, who also helped create Gchat during a stint at Google, and now leads a San Francisco-based company that improves office productivity, appears most concerned about the psychological effects on people who, research shows, touch, swipe or tap their phone 2,617 times a day.


For this study, we recruited a demographically diverse sample of 94 Android users from our pool of more than 100,000 participants. Then we built a supplementary smartphone tool to track every user’s interaction across 5 days, 24 hours a day.

And by every interaction, we mean every tap, type, swipe and click. We’re calling them touches.
Like a Greek tragedy, what we learned was simultaneously expected and astonishing—and a little bit sad. What follows are insights to help you better understand the intensity of the mobile life your users live, so your brand, products and strategies can become part of it.
For more on how this study was conducted, you can download a PDF of the report.

A little bit sad? I would say that's a whole lot of sad! Even if exaggerated, thinking about half of 2, 617 touches on a smartphone is bizarre. 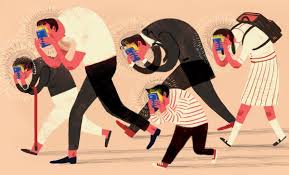 There is growing concern that as well as addicting users, technology is contributing toward so-called “continuous partial attention”, severely limiting people’s ability to focus, and possibly lowering IQ. One recent study showed that the mere presence of smartphones damages cognitive capacity – even when the device is turned off. “Everyone is distracted,” Rosenstein says. “All of the time.”

So, please parents, put that phone in front of your baby so you can really ruin them! Ruin their ability to develop an attention span, so very vital to their basic survival. Because providing your child with every electronic gadget imaginable makes you a “good parent” NOT. Providing your child with survival skills unique to humans is your job and that's what makes you a great parent!

I’m going to ignore the nonsense about Donald Trump- And interject with the fact that anti social media has been used to wage war against other nations- It’s a tool. It draws gullible fools into this idea of social justice that is neither social or just!


In 2007, Rosenstein was one of a small group of Facebook employees who decided to create a path of least resistance – a single click – to “send little bits of positivity” across the platform. Facebook’s “like” feature was, Rosenstein says, “wildly” successful: engagement soared as people enjoyed the short-term boost they got from giving or receiving social affirmation, while Facebook harvested valuable data about the preferences of users that could be sold to advertisers. The idea was soon copied by Twitter, with its heart-shaped “likes” (previously star-shaped “favourites”), Instagram, and countless other apps and websites.

It was Rosenstein’s colleague, Leah Pearlman, then a product manager at Facebook and on the team that created the Facebook “like”, who announced the feature in a 2009 blogpost. Now 35 and an illustrator, Pearlman confirmed via email that she, too, has grown disaffected with Facebook “likes” and other addictive feedback loops. She has installed a web browser plug-in to eradicate her Facebook news feed, and hired a social media manager to monitor her Facebook page so that she doesn’t have to.


Since neither my readers or myself can afford to hire a social media manger, can I suggest some some real face time? Face to face. In the real world.  That's my best socializing. Interacting with my real world environment is my positive social affirmation! A “like” on Facebook is meaningless-  It is not social affirmation- it's a simulacrum (imitation of a person or thing) That's all it is.  It doesn’t make your life better. Doesn’t improve your world. A like on face book accomplishes nothing. Nothing at all.

“One reason I think it is particularly important for us to talk about this now is that we may be the last generation that can remember life before,” Rosenstein says. It may or may not be relevant that Rosenstein, Pearlman and most of the tech insiders questioning today’s attention economy are in their 30s, members of the last generation that can remember a world in which telephones were plugged into walls.

It is revealing that many of these younger technologists are weaning themselves off their own products, sending their children to elite Silicon Valley schools where iPhones, iPads and even laptops are banned. They appear to be abiding by a Biggie Smalls lyric from their own youth about the perils of dealing crack cocaine: never get high on your own supply.

Why do you all suppose these people who KNOW fully well how this technology works, how it manipulates your mind, are the ones who don't fully partake and refuse to immerse their children in this pseudo world?
Of course there is much more to this article so be sure to read the rest at the opening link.

As a wanna be Grandmother I cannot tell you how often I see young mothers, whose children are looking at them with such adoration and yearning for interaction as those mothers are looking at their phones- It breaks my heart. It really does.
Then there are the other parents who are on their phone and have another phone propped up in front of their child or the toddler is actually holding the dam phone- It’s monstrous.

The first seven years are absolutely crucial to your child’s development, particularly of their identity, their place in this world and a whole pile of other qualities. Parents on smart phones are not providing the necessary interaction for this absolutely, unquestioningly, undoubtedly can’t thrive with out this vital time of growth and learning. That passes all to quickly. And when it's gone, it's gone.

Children need their parents- they don’t need institutions- They need their parents and extended family- In fact- the less institutions the better in my opinion, but, that’s a story for another day
What children definitely don’t need is smartphones of their own and parents who insist on spending more time with a phone then with their own beautiful children. The ones they decided to bring into this big beautiful world, we all share.