The oceans are a huge factor in global climate change.

A fact that is always glossed over by the  anti life carbon cult.
How is that even realistic? Considering the oceans cover more then 70 percent of the planet. While holding 97 percent of earth's water.

The planet Earth is a planet of oceans. Oceans cover about 71 percent of the Earth's surface.
The oceans' tremendous presence causes it to have a huge effect on the planet and our civilization. It is greatly responsible for the climate of the Earth 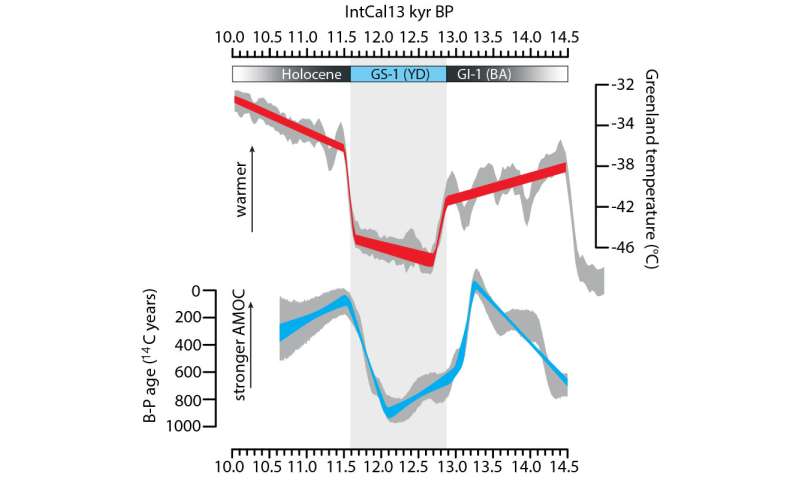 Comparing the data from the three cores revealed that the AMOC weakened in the time leading up to the planet's last major cold snap, called the Younger Dryas, around 13,000 years ago. The ocean circulation began slowing down about 400 years before the cold snap, but once the climate started changing, temperatures over Greenland plunged quickly by about 6 degrees.

Present time the AMOC is weakening- as reported.  How much weakening will bring on a cold snap? Could this be a factor in my noticing the extended cold periods we've been experiencing for years now?
Considering Hawaii had snow. As did Arizona. Arizona had lots of snow- Very unusual.

A similar pattern emerged near the end of that cold snap; the current started strengthening roughly 400 years before the atmosphere began to heat up dramatically, transitioning out of the ice age. Once the deglaciation started, Greenland warmed up rapidly—its average temperature climbed by about 8 degrees over just a few decades, causing glaciers to melt and sea ice to drop off considerably in the North Atlantic.

"Those [400-year] lags are probably on the long side of what many would have expected," says Anders Svensson, who studies the paleoclimate at the University of Copenhagen, and who was not involved with the current study. "Many previous studies have suggested time lags of various lengths, but few have had the necessary tools to determine the phasing with sufficient accuracy."