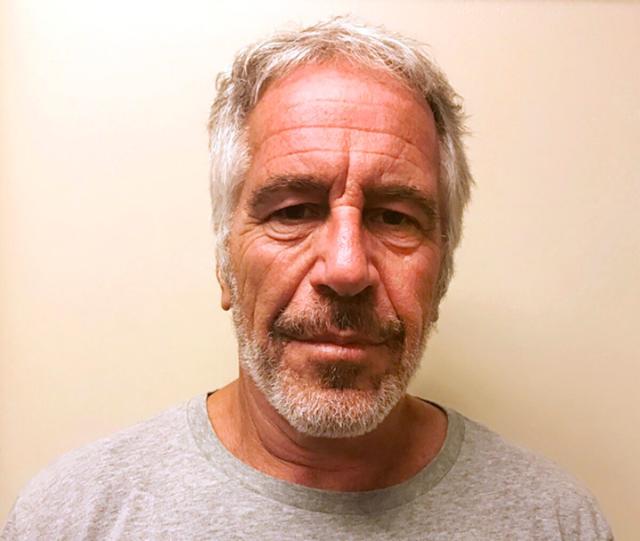 *Wouldn't there be a medical staff at this facility?
*A doctor?
*The means to revive a patient if necessary?


"Epstein, 66, was found unresponsive in his cell in the Special Housing Unit of Manhattan Correctional Center in Lower Manhattan around 6:30 a.m. Jail staff tried to revive him, and then called for an ambulance.

Paramedics also tried to revive Epstein, and could be seen using a breathing bag as they wheeled him on a gurney into New York Downtown Hospital around 7:30 a.m. He was declared dead a short time later."

A breathing bag? Is this common practice for paramedics? The breathing bag being employed is highly suggestive Epstein was breathing. The bag in use alos means his face would have been covered.

*If you've attempted to hang yourself- there would certainly be a whole lot of damage to the neck- internally as well as externally.

The appropriate treatment for a hanging victim is intubation

In nonjudicial hanging victims seen by paramedics and transported to an ED, cervical-spine injury is rare. Cerebral hypoxia rather than spinal cord injury is the probable cause of death and should be the primary concern in treatment of this patient population. Following external stabilization of the neck, nasal or oral endotracheal intubation is appropriate emergency airway management in hanging victims.

Intubation: the introduction of a tube into a hollow organ (such as the trachea)

Oh Yah, I'm even more skeptical now. Unless someone has seen reporting that Mr Epstein was intubated?

As has been said many times...
"Dead men tell no tales"

"Jeffrey Epstein has been pronounced dead after being found unresponsive in his New York City jail cell around 6:30 a.m. Saturday, the New York City Medical Examiner’s Office and Justice Department confirmed. He was 66.
The FBI has opened an investigation into the multimillionaire financier’s “apparent suicide” at the Metropolitan Correctional Center in Manhattan, where he was being held without bail following his July 6 arrest.
Epstein was awaiting trial on charges of sex trafficking underage girls. He had faced a lax sentence in Florida about a decade previously for similar offenses. That case brought to light his ties to wealthy businessmen and politicians including President Donald Trump and former President Bill Clinton.
In his decision to keep Epstein behind bars, Judge Richard Berman sided with prosecutors who deemed him to be a danger to the community and an “extraordinary flight risk,” considering that Epstein owned several properties and a private plane."

Of course I was never fully convinced Mr Epstein had actually been incarcerated. How could we verify this to be true?

" I'm somewhat doubtful that Mr Epstein is imprisoned at all. And, suspect the story of his injury in jail was provided as fodder for the masses to demonstrate he is incarcerated. He wasn't imprisoned previously so why would anyone believe he has been presently?

BUT an alleged suicide is certainly a 'tidy' end to messy situation.

Apparently I'm not the only person suspecting this convenient end to a terrible, terrible problem. For the predatory class.


"Many reactions to the Saturday morning suicide death of alleged sexual predator Jeffrey Epstein expressed suspicion around the circumstances of his death.
Epstein allegedly hanged himself in his cell at the Manhattan Correctional Center early Saturday morning, despite previous reports that he was under suicide watch. He had been indicted on several charges of exploiting underage girls, sex trafficking, and other crimes related to activities that took place between 2002 and 2005 over several different locations, including the billionaire's private island in the Bahamas.
His death follows the unsealing of 2,000 pages of documents on Friday that implicated many other high-profile individuals in Epstein's alleged sex trafficking ring.
"Authorities couldn’t keep Epstein alive by putting him under 24 hour surveillance? How convenient for a lot of rich and powerful men (and women)," Morning Joe host Joe Scarborough said"

Women connected to Jeffrey Epstein include Hillary Clinton, Ghislaine Maxwell and Prince Andrew's ex- Sarah Ferguson. Surely there were others.

Authorities couldn’t keep Epstein alive by putting him under 24 hour surveillance? How convenient for a lot of rich and powerful men.
— Joe Scarborough (@JoeNBC) August 10, 2019

"How does someone in a maximum security prison who had already attempted suicide once, actually commit suicide? Was Jeffrey Epstein not monitored 24/7? Were there guards sympathetic to him in some capacity? We obviously don’t know much, but this smells very fishy," Nathan Rubin said.

I am not into conspiracy theories. But Epstein had destructive information on an extraordinary number of extraordinarily powerful people. It is not easy to commit suicide in prison. Especially after being placed on suicide watch. Especially after already allegedly trying.
— Scott Hechinger (@ScottHech) August 10, 2019

Josh Jordan tweeted, "When the Trumps and Clintons found out that Jeffrey Epstein happened to commit 'suicide' in jail," alongside a picture of Donald Trump talking with his wife, Melania, as well as former President Bill Clinton and his wife, Hillary.

When the Trumps and Clintons found out that Jeffrey Epstein happened to commit "suicide" in jail. pic.twitter.com/YyGJCdp22r
— Josh Jordan (@NumbersMuncher) August 10, 2019

Email ThisBlogThis!Share to TwitterShare to FacebookShare to Pinterest
Labels: crass display of wealth, crime, US