Ya know the ice age the anti life carbon cult  has erased from history? Known as the Younger Dryas ice age. That's the ice age that saw my home under ice. Thank goodness for myself and multi- millions of us things warmed up!

There are a number of theories regarding what might have made that happen.

One theory is the circulating ocean current change, goes like this:


"The most widely-accepted explanation for the sudden cold snap – which lasted up to 1,300 years – is far less cinematic than an asteroid Armageddon. It’s believed that a huge pulse of cold water poured out of North America into the Atlantic Ocean, bringing vital water circulation mechanisms to a screeching halt.

With warmer waters no longer flowing up from the equator towards the Arctic, the ice sheets grew, and temperatures plummeted across the Northern Hemisphere. This drastic climate change could have unfolded in a matter of months, leading to a minor extinction event among megafauna and likely affecting human populations alive at the time as well."

The ocean currents altered. In a major way.  For some unexplained reason.

Changing ocean currents, having nothing to do with humans... may have been caused by an asteroid impact. Proof of the impact provided by the presence of specific minerals.

But another explanation is gaining traction, although not without controversy. According to some scientists, an impact by an asteroid or comet could have had a similar effect. This idea isn’t without evidence either – previous work has found a layer of nanodiamonds in sediment dating back to around the beginning of the Younger Dryas.

These diamonds are only forged under intense pressure and temperature – conditions created during an impact – and the layer is consistent across much of the Northern Hemisphere, suggesting they rained down. One study even went as far as to suggest that carvings in an ancient temple told the tale of a comet collision at the time, but this is far from confirmed.

The team drilled a core sample from a peat deposit at a site called Wonderkrater. This sample showed two intriguing things at around the 12,800-year mark. First, pollen trapped in the sample suggested a colder climate during the Younger Dryas. That lines up with the findings of other studies, but this is one of the few examples from the Southern Hemisphere. 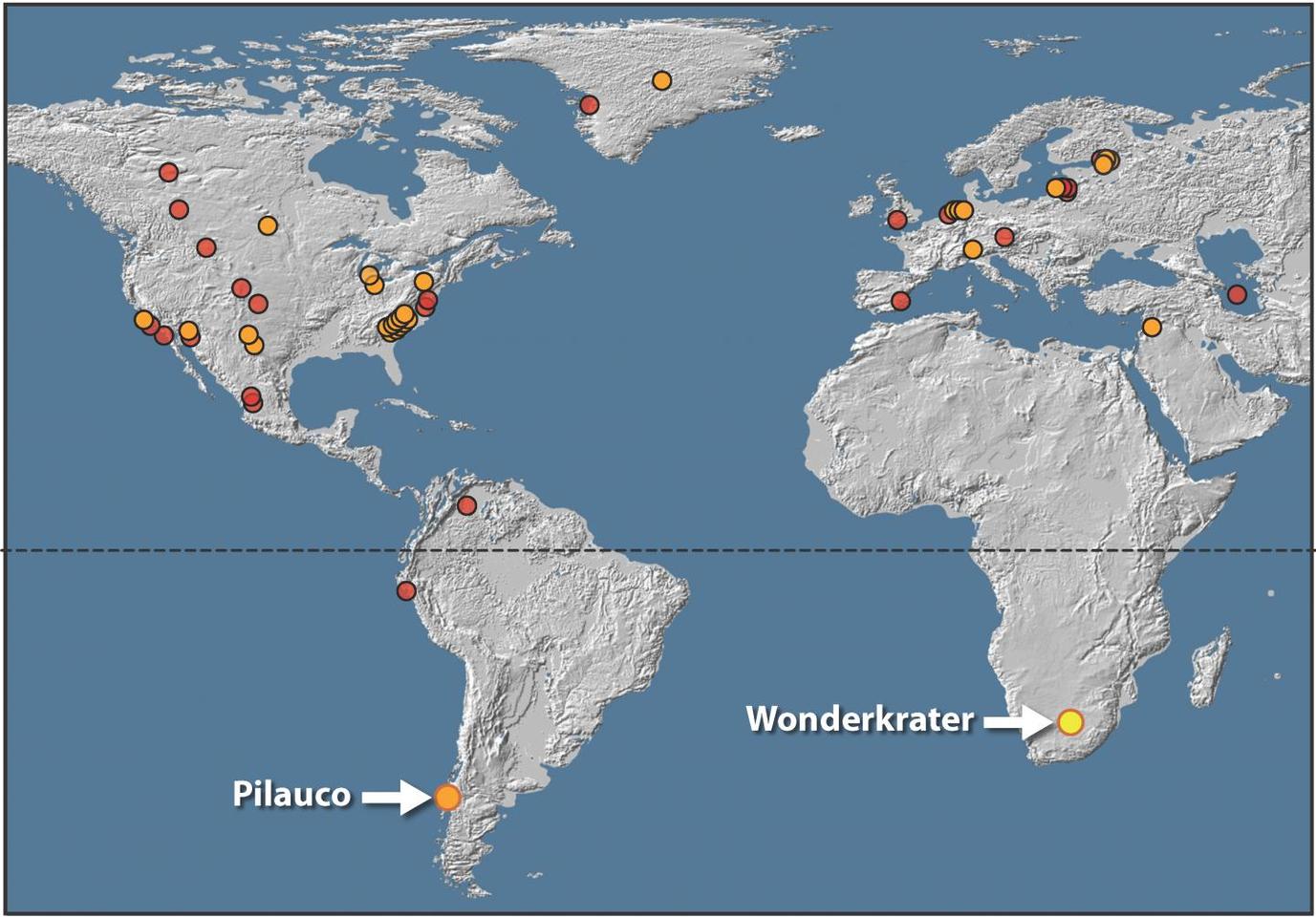 "But most curiously, the team found a spike in platinum levels at a time just before then. This could be explained as dust created after an impact, since some asteroids are rich in platinum. The team says that other platinum spikes have been spotted from around this time in places like Greenland, Eurasia, North America, Mexico and Chile.

“Our finding at least partially supports the highly controversial Younger Dryas Impact Hypothesis (YDIH),” says Francis Thackeray, lead researcher on the study. “We seriously need to explore the view that an asteroid impact somewhere on Earth may have caused climate change on a global scale, and contributed to some extent to the process of extinctions of large animals at the end of the Pleistocene, after the last ice age.”


There is truly so much we simply don't know or understand about our planet. No matter what  collusion science claims are made. The science is never settled. It's just deceptively agreed upon.