Jeju Island where is it? Jeju Island, known as the "Island of the Gods"
Or the "Island of Peace."
Designated as an environmentally pristine place.
Why a naval base there? The extension of US military power?

Despite heavy opposition from Jeju residents the proposed Korean naval base is scheduled to begin construction later this year. Jeju Governor Kim Tae-hwan survived a recall vote over his plan to allow the base in early October. The Jeju Elections Commission resolved the vote was invalid after a turnout of only 11 percent of the 33 percent required showed. In lieu of the negative attention surrounding the contradictory notion of missile defense warships docked at Jeju’s proclaimed “Island of Peace,” people from all over are coming out of the wood work to shout about how destructive the base would be not only to the ideal of a peaceful society, but to the precious environment that will inevitably suffer as well.

(election troubles, how come we didn't hear about them?)

The southern part of the island, specifically Gangjeong, the proposed location of the base, bears international significance for multiple reasons. Bruce Gagnon is coordinator of the Global Network Against Weapons & Nuclear Power in Space and recently, he visited Jeju to determine the severity of the proposed naval base. He says the most noteworthy reason for the base is structured around the fact that Jeju is the crossroad for the Malaka Straight where 80% of China’s oil is transported from the middle east.

“If the United States is able to militarily choke off the straight then the U.S. would be able to hold the keys to China’s economic engine. As the U.S. economy is collapsing the U.S. military strategy has been determined that the way we will control the world is to control the distribution of oil and natural gas…I believe that the base at Jeju is the key for this particular strategy and particularly for choking off the straight and controlling China,” said Gagnon.

Oh, and this place is beautiful, just beautiful.
Sadly, it will become a military target. 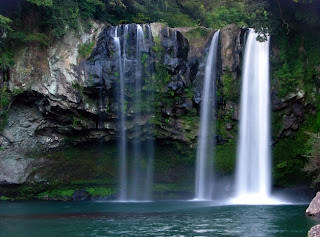 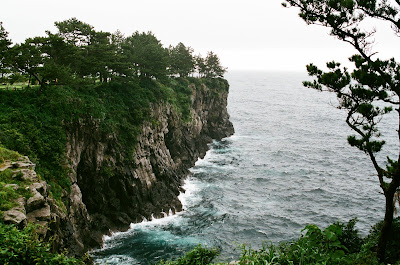