Secret Society's Skull and Bones Ballot box, up for Auction 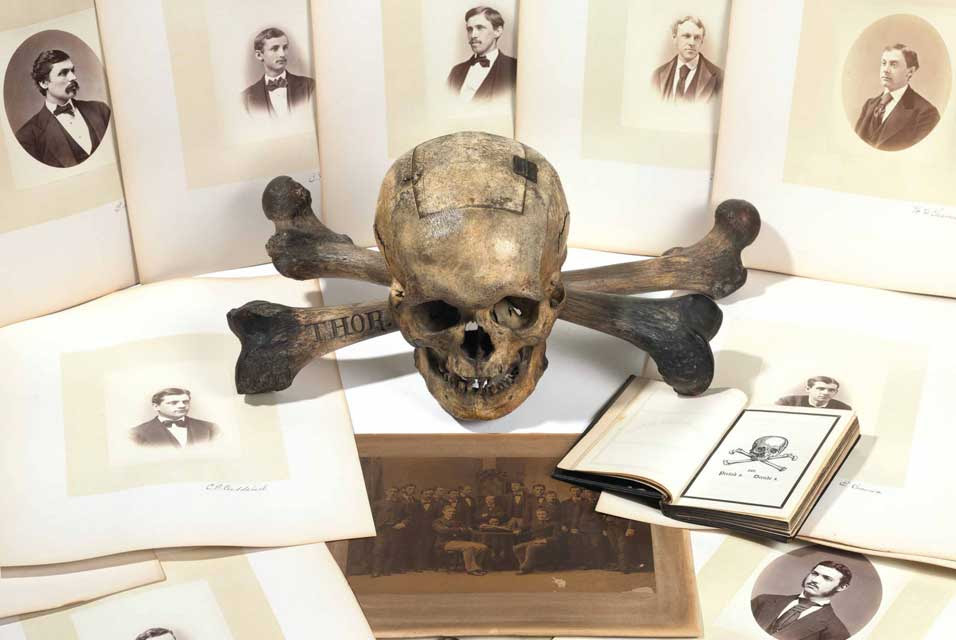 A human skull that once apparently belonged to Yale's mysterious Skull and Bones society is being sold at auction.
It is believed the human skull was used as a ballot box around 1872. It has a hinge on top and is surrounded by crossbones.

Skull and Bones was founded in 1832. The elite society has closely guarded its members' names and its activities since the early 1970s. Publicly known members include both presidents Bush.

The purchaser also will get a black book with names and photographs of earlier members.

Fittingly, Christie's has agreed to keep the seller's name a secret. It describes the person only as a European art collector.

My question, whose skull and bones are these?
Posted by Penny at 4:26 PM