Anthrax Attack : It was 'absolutely not' Bruce Ivins

And, if you were one of the people who actually believes Bruce Ivins was behind the anthrax attacks......Get your head out of the sand already!

Asked by reporters after his testimony whether he believed that there was any chance that Dr. Ivins, who committed suicide in 2008, had carried out the attacks, the microbiologist, Henry S. Heine, replied, “Absolutely not.” At the Army’s biodefense laboratory in Maryland, where Dr. Ivins and Dr. Heine worked, he said, “among the senior scientists, no one believes it.”

Dr. Heine told the 16-member panel, which is reviewing the F.B.I.’s scientific work on the investigation, that producing the quantity of spores in the letters would have taken at least a year of intensive work using the equipment at the army lab. Such an effort would not have escaped colleagues’ notice, he added later, and lab technicians who worked closely with Dr. Ivins have told him they saw no such work.

He told the panel that biological containment measures where Dr. Ivins worked were inadequate to prevent the spores from floating out of the laboratory into animal cages and offices. “You’d have had dead animals or dead people,” he said.

Yet, there were no dead animals or people!

The F.B.I. declined to comment on Dr. Heine’s remarks

Why is he speaking out now?

Dr. Heine noted that Army officials had prohibited comment on the case, silencing him until he left the government laboratory in late February.

Now, why would they do that?

The Anthrax attacks were portrayed through the media as if they had middle eastern origins.
They were even linked to Saddam Hussein, then leader of Iraq, before the US and it's allies decimated that nation and slaughtered it's people. ABC News was a vocal proponent of that bit of war time propaganda, that bit of mind control.

ABC News, led by Brian Ross, continuously trumpeted the claim as their top news story that government tests conducted on the anthrax -- tests conducted at Ft. Detrick -- revealed that the anthrax sent to Daschele contained the chemical additive known as bentonite. ABC News, including Peter Jennings, repeatedly claimed that the presence of bentonite in the anthrax was compelling evidence that Iraq was responsible for the attacks.

Of course the fix was on to attack Iraq for numerous geo-political and strategic reasons.
Israel, of course for more reasons then just ensuring their strong man in the ME status.
An ability to launch attacks on other nations in the ME and control of the oil resource.
I know, I know, some will tell me Iraq was not about oil.
But there were a number of reasons it was about oil, to short supply the global market and increase pricing (creating scarcity). Recall the peak oil scam at the time? To deny access of a needed resource to other nations. To ensure a supply of oil to Israel.

So it was no surprise to me when I came across this bit of news...

The Top 10 Oil Fields Of The Future 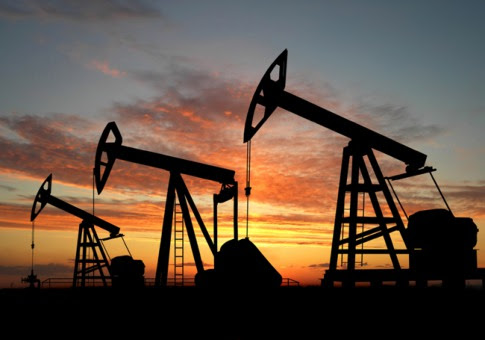 The Top 10 Oil Fields Of The Future

Given the size of Iraq's undeveloped giants there are no technical reasons why within 10 years the country can't supplant both Iran and Russia to become the world's No. 2 oil producer after Saudi Arabia.

No 2 oil producing country in the World, that is quite a prize, indeed.
Posted by Penny at 12:55 PM