Randy Andy & Jeffrey Epstein: The Prince and the Pedophile

Not to mention the Duchess!
I just had to update this one, from July 2010:
Re-read that to refresh your memory.


Remember this name Jeffrey Epstein. It is the name of a man,that will go down in infamy as pedophile scum bag, who gets away with it because he has money and all the right political friends


Who were some of the friends mentioned in July 2010??

Prince Andrew has been in the spotlight as of late. Specifically, for his connection to this pedophile, provider and promoter.
Prince Andrew, one of a just a few prominent passengers on Jeffrey Epstein's private planes.
The latest incarnation of this story appeared late February/11 when AN AUSTRALIAN mother of three has revealed herself as the women at the centre of international under-age sex allegations linked to convicted billionaire financier Jeffrey Epstein.

The woman was just 15 years old, a child, when she first became "employed" by the pedophile Jeffrey Epstein.

Of her experiences as a 15-year-old with Epstein, The Mail reports Ms Roberts "flushed with shame".
"She was 'given' to men ranging in age from their 40s to their 60s," the paper reported.
Ms Roberts said there were other girls linked to Epstein.
"They would lounge around ... nude or topless," she said.
"But I was one of the very few he trusted as 'special' and chosen to 'entertain' his friends."

Um, yah.
But to make bad matters even worse. And you wouldn't think that was possible.
I mean a so called "Prince" and a convicted Pedophile. A photo and tell all interview.
Reports of Prince Andrew flying around on the pedophile's private jet, a jet chock full of young girls. Not women, girls. Bad enough already, but then the ex-wife gets in on the act.

The Duchess, ex-wife of Andrew, Sarah Ferguson has her debts paid off by the pedophile friend of her ex -spouse. I assume she did not provide sex in exchange for payment, as the "Duchess" is far to old for Epstein.

But, she is sorry. Really she is very sorry. Not!
The only thing this twit is sorry about is that this has all become public knowledge.
Quoting her below-

Duchess of York Sarah Ferguson has admitted to letting a pedophile pay off around £15,000 ($AU24,018) of her debts was a "gigantic error of judgement".
The Duchess apologised for the big mistake, admitting she accepted the money from billionaire Jeffrey Epstein, who was convicted of soliciting prostitution with an underage girl.
"I personally, on behalf of myself, deeply regret that Jeffrey Epstein became involved in any way with me," Ms Ferguson said in the Evening Standard in the UK.
"I abhor pedophilia and any sexual abuse of children and know that this was a gigantic error of judgment on my behalf.
"I am just so contrite I cannot say. Whenever I can I will repay the money and will have nothing ever to do with Jeffrey Epstein ever again."

She will never pay the money back! All talk. What else is she going to say?Does anyone recall when Prince Andrew was called "Randy Andy"? That nickname takes on a whole new meaning now. 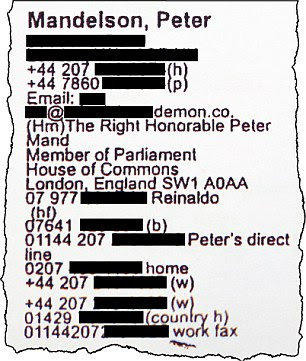 It is an astonishing roll call of names which shines a fascinating light into the world of Jeffrey Epstein and the powerful network he established both here and in America.
The financier’s ‘little black book’ of contacts encompasses every conceivable sphere of influence, from politics and show business to business and royalty. It lists numbers for former presidents, government Ministers, state senators, rock stars, actors and members of the British aristocracy.
There are 16 numbers listed for Prince Andrew under his title, The Duke of York. They include private and ex-directory numbers and there is also an email address.
It includes the names of several of the men Virginia met while with Epstein.
The ‘book’ includes details for a number of British politicians, including Tony Blair – although the fact that it shows only his office address suggests this link, at least, was more one of ambition than substance.

Scum, all of them. Molesting other people's children.