Radiation Readings at Fukushima rise to their HIGHEST level 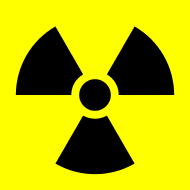 One more today, way to important to miss.

Especially in light of the non-existent mainstream coverage.
Has anyone besides myself noticed Fukushima is off the radar?
As much as that disaster is continuing to harm us all, to radiate us, to increase our cancer and leukemia risks ....it is as if it doesn't exist.

Radiation readings are at their highest levels since this began!

"since an earthquake and tsunami knocked out cooling systems"

Two robots sent into the reactor No. 1 building at the plant yesterday took readings as high as 1,120 millisierverts of radiation per hour,

That is just from Fukushima # 1

If you have been following along you already know that three reactors were in meltdown and
# 2 had gone beyond it's containment and through to the floor below.

Radiation readings rise to their highest levels ever since this disaster began.

47 days of continuous poisonings.
47 days of radiation in the ocean, on the ground, in the air, contaminating everything.
47 days of government/business/msm obfuscation

One last thing, this is a most interesting resource: Alexander Higgins Blog
Posted by Penny at 1:00 PM