So let's take a look at what is really going on, shall we? Let us start with the headline of the last news story...

Geez, I called this one yesterday!

"One more thought crossed my mind, there is also the compensation, that will end up being paid for by the taxpayers!"

Japan plans to set up a government-backed insurance fund to put money into Tokyo Electric Power and pay compensation stemming from the disaster at its Fukushima Daiichi nuclear plant, the Nikkei newspaper said.

Aimed at saving Tokyo Electric from collapse, the plan would have the state initially shoulder the massive compensation costs, which the power company would then repay over several years via special dividends, the paper said.

TEPCO will not pay this back, ever.

"The bottom line is, TEPCO is too big to fail," said Jason Rogers, a credit analyst at Barclays Capital in Singapore.

Where have we heard this line before? The banks are rubbing their greedy, grimy blood stained, misery inducing paws together, while drooling over the thought of all that interest. 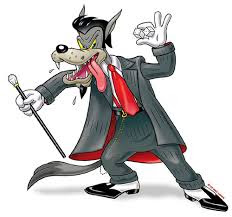