I have to wonder about the increasing "news" of space aliens and visitations?
Hell, Paul Krugman even suggested that an alien invasion, even a fake one, could help the ailing economy.


What nonsense!
I have some other suggestions to improve the economy, but, that is not what this post is about.

This is about the ongoing suggestion of alien invasions.
I have covered this before. There have been books, reported ship sightings and on and on.
I come away with the impression that we are being prepped for a possible psy-op.
A psychological operation.
The past year or so, perhaps a year and a half have seen an increase in mentions of all things "space" and "aliens" 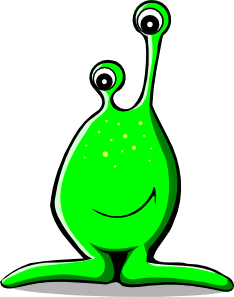 So what to make of this "news"
Study suggests aliens could attack Earth to save the galaxy
Very official sounding, this "study"..

According to the 36-page study, titled “Would Contact with Extraterrestrials Benefit or Harm Humanity? A Scenario Analysis,” visitors from out of this world could see our polluting and destructive ways as a threat to the galaxy, and mount a pre-emptive strike against us.

According to the rather stretched logic of the study, published in the journal Acta Astronautica, extraterrestrial intelligence, or ETI, could observe the changing chemical composition of our atmosphere to deduce our rapid expansion and identify us as a threat to the Milky Way Galaxy.

“If ETI doubt that our course can be changed, then they may seek to preemptively destroy our civilization in order to protect other civilizations from us,” the study states.

Co-authored by Shawn Domagal-Goldman of NASA’s Planetary Science Division and Penn State researchers Seth Baum and Jacob Haqq-Misra, the study addresses several scenarios that could result from a meeting with ETI.

On the optimistic end of the scale, contact with aliens could result in “friendly and informative communication” that furthers our understanding of mathematics, physics and chemistry, and provides ways for us to eliminate disease and world hunger.

Other potential scenarios, however, have somewhat less promising outcomes. In a passage that should elucidate just how seriously we should be taking this paper, the authors write that “a core concern is that ETI will learn of our presence and quickly travel to Earth to eat or enslave us.”

That’s right, eat or enslave us. Other words that pop up in the study include “conquer”, “infect”, “dissect” and “pickle our skulls.” No joke.

Wait a minute! Did you notice in the first four paragraphs the use of the words "study" & "researchers" Also, both NASA and Penn State University were mentioned?

After quoting all this fear mongering from the "study", at the bottom of the article the author of the piece makes note of how silly this all sounds, that it is not science. That it is simply a bit of "fun" research, not actually funded by NASA. It's not science!

Yes, it sounds silly, but it’s hardly intended as hard-hitting science. If anything, it’s simply a fun bit of research compiled by a group of science nerds in their spare time. Lead author Domagal-Goldman stressed that the study was not funded by NASA, and even acknowledged that his proposed outcomes were highly improbable. In a recent blog post, Domagal-Goldman wrote “Is such a scenario likely? I don’t think so. But it’s one of a myriad of possible (albeit unlikely) scenarios, and the point of the paper was to review them.”


Ask yourself this question-
Why write the article in the manner it was written if this is just a bunch of silliness? In fact why mention it at all.... in numerous main stream media outlets


According to the author " while pickled human head is unlikely to be appear"....
A good scare will get you onside for that carbon tax, one world government and general global tyranny!
Perhaps that was the point of this nonsensical news coverage?