The new Syria- Pre-approved by Israel and it's supporters

What's going on with Syria lately?
Despite the attack on Libya, slaughter of it's people and plunder of it's resources.
The destabilization of Syria, that started in March, is still ongoing. Chaos is being created.
Who is creating the chaos, will indicate to us who is intending to create the order.
Remember...

ORDER OUT OF CHAOS

One nation that has been an obvious player in the Syrian chaos - Israel.
No, the main stream media doesn't give the due coverage to Israel's involvement, but, it is loud and clear. Has been all along, really. To those who have been paying attention.

To the oblivious, spoon fed bunch, let them go on believing in fairies and pixie dust.. Or worse that Obama is really a peacekeeper...

Interesting article in the Jerusalem Post "Peace with post-Assad Syria possible, dissident says" This from a Kurdish leader? Interesting?
A Syrian Kurdish Opposition Leader based in Washington? Even more interesting!

Sherkoh Abbas, president of the Kurdistan National Assembly of Syria (KNAS).
Based in Washington, remember that!
Making him not the president of any National Assembly actually based in the country of Syria.
A Syrian Kurdish Opposition Leader based in Washington, not in Syria?
Speaking to an Israeli audience all about how a new government in Syria will be most beneficial and friendly to Israel.

You can read the rest for yourself at the link above. It's basically grovelling to Israel. We will act in your interest. We will make you happy. A message approved by Israel no doubt.

It is so odd to see the 'kurds' of Washington take such a stand.
Because it is completely at odds with what the Kurds of the region are actually saying?
Before we examine this I want the reader to make note of this interesting tidbit from the article linked below
The conference referenced took place in Istanbul recently, as mentioned in the opening paragraph, the author notes that Reuters reported this conference as not happening. Quoting:

" the Istanbul conference, which Reuters reported was postponed"

I am wondering why would Reuters report this conference as postponed, even though it did indeed take place? Was it to enable the major news wires to simply ignore the conference? Allowing the 'approved of' message to be the one that was disseminated? Such as the one from Jerusalem Post? And another one I will get to briefly?


The gathering, which aimed to create a diverse council to govern Syria in an interim period if President Bashar al-Assad’s regime falls, was marred by the absence of several key opposition groups including Syria-based activists and Kurdish leaders.

Wait a minute there!

Several key opposition groups actually based in Syria boycotted this gathering?
But why? According to the Washington based Syrian Kurd, everything is swell and hey no problems with Israel.
Let's look at some of the issues raised?

Barzan Bahram, a Syrian Kurdish writer, accused the Muslim Brotherhood of controlling plans for Syria’s future and the opposition.

“The Muslim Brotherhood is trying to exploit the change that is about to take place in Syria for their own gain,” Bahram told Rudaw. “And the Turkish government is throwing its full support behind the Islamic groups to bring them to the forefront.”

"Partially brought to the world by the Western Intelligence backed Muslim Brotherhood.
Isn't it interesting that January 2010 saw the US lift the travel ban on Tariq Ramadan?

Curiously, or maybe not so much. It was reported that Tariq Ramadan attended the Whitehouse Iftar dinner, though his name was left off the list of attendees? Why?

Would it make the connection between the Muslim Brotherhood, the destabilization of Tunisia, Syria and Egypt and the US all the more obvious?

The Muslim Brotherhood. Everywhere they are needed by the US and by Israel.

The Muslim Brotherhood trying to control everything. Another problem stems from Turkey's treatment of the Kurdish population


Syria’s Kurds will remain suspicious of any conference held in Turkey, arguing that Ankara has its own agenda on Syria and it is hosting conferences to try to drive a wedge between the already-fractured Syrian opposition.

“Turkey is against the Kurds…in all parts of the world,” Gado said. “If Turkey doesn’t give rights to its 25 million Kurds, how can it defend the rights of the Syrian people and the Kurds there?”

Turkey has been and continues to bomb the Kurds... so this is an understandable position
It does look as if plans are being made for regime change
“The meeting was also to form a national assembly—an interim Parliament for the immediate period after the regime change,” he said. “Parties with unclear positions on the regime will not take part.”
Regime change, brought to you by the US and Israel, of course. Israel, the nation that will benefit the most in the immediate region and beyond.
Imagine the Golan Heights being a part of Israel, dam the international law! Ah, all that water. And more, so much more.
More Israeli approved messages on Syria, this comes to us from here. The Telegraph
In this article we are introduced to the "Likely Chairman of the Syrian Council" - Dr Radwan Ziadeh . Look there he is in a MEMRI clip. You can see it at the Telegraph link above.
I absolutely refuse to put it on the blog. Surely, readers know the MEMRI organization I am referring too?
If not, quickly, it is Israel's propaganda machine. Making it obvious that Dr. Radwan Ziadeh has already been pre-approved by Israel to be an active participant in the "new" Syrian regime.
Pre-approved by Israel. I'll say it again!!
It looks as if the entire article at the Telegraph has been brought to you by the Neo-con Zionist Cabal. It is presented as an article written by Michael Weiss who is director of the Henry Jackson Society. The "Henry Jackson Society" that got me curious? That kind of stuff always appears ostentatious and high brow. Notice, I said "appears" that way, because appearances can be deceiving.
Let's check out the Henry Jackson Society, shall we? Oh a "project for democratic geopolitics" This ought to be good!
I am not disappointed, no sireee!!! Check out some of the "International Patrons"!


The "Prince of Darkness" himself. The Neo-con crowd in all their glory. The Zionist crowd. The backers of war on Iraq etc., Names from the past, you may have forgotten, but clearly they are on track with their agenda. 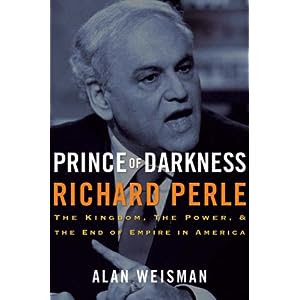 
"No stages. This is total war. We are fighting a variety of enemies. There are lots of them out there. All this talk about first we are going to do Afghanistan, then we will do Iraq, then we take a look around and see how things stand. That is entirely the wrong way to go about it ... If we just let our vision of the world go forth, and we embrace it entirely, and we don't try to ... piece together clever diplomatic solutions ... but just wage a total war against these tyrants, I think we will do very well. Our children will sing great songs about us years from now." ---


Will there be any children left once the neo-con/zionist crew is through with their endless war?
Those are Pearle's words and he is a warmonger pure and simple.
Posted by Penny at 9:29 AM

Email ThisBlogThis!Share to TwitterShare to FacebookShare to Pinterest
Labels: Israel, kurds, Syria, US