If you have been following along here, oh since about mid March/11, then you will understand that Syria has been under attack. I'm not about to rehash the whole sordid affair, take the time to read all about it by clicking the Syria label below. 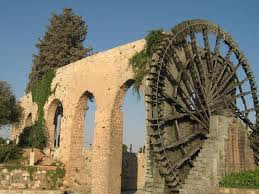 Let's quickly review this aspect of the sordid affair-

There have been two paths to invading Syria. One via Turkey and the other via Israel and the Golan Heights. Both fronts for assault have been relatively quiet via media reporting. This doesn't mean there are no developments. Au contraire, development are simply not getting coverage.

Today, two news stories of interest are being reported-

Turkish Prime Minister Recep Tayyip Erdogan said last week that his country's patience with Syria has run out, and that the events taking place in Syria constituted an "internal matter" to Turkey.

Exactly how are events in Syria an "internal matter" to Turkey?

Not coincidentally, Saudi Arabia has recalled it's ambassador and the "Gulf Cooperation Council" have condemned the violence and asked for an end to the bloodshed.
Kuwait quickly followed suit

The Gulf Cooperation Council, a coalition of six Arab, oil-rich, Gulf states dominated by Saudi Arabia, then issued a statement asking for an end to the bloodshed in Syria.


These are coordinated moves undertaken to up the pressure on Syria. The Pope even got in on the act

An aside and an important one-

Don't confuse the Gulf Cooperation Council with the Arab League! The Arab League has made a pointedly different statement-


Arab League chief Nabil Elaraby said on Monday the pan-Arab body would use persuasion rather than "drastic measures" to press for an end to violence in Syria.

This is why I believe we are seeing two divergent statements from the groups representing Arab nations. That and the fiasco that is Libya, but, that is a story for another post.

So let's get back to Syria and Turkey!

Turkey is the only country with the military capability, national security interests and favourable geographic location that can intervene in Syria.

Turkey is increasingly likely to receive international support, from Nato and the Arab League and possibly from the UN Security Council, to send troops into northern Syria. In its initial stages, this would likely involve the creation of a 10km-20km buffer zone in Hasaka, Raqqa, Idlib and Aleppo Provinces.
(along the Northern border of the two countries)

Further, the statements by the GCC and Saudi Arabia indicate increased Arab support for Syria's Sunni majority, which will likely lead to increased protests against the Ba'ath ruling party.


Is Turkey getting ready to invade Syria? It has been looking like that has been a viable option for some time now. An option that is coming to fruition.

An aside, and I believe totally related to the Western plot of destabilization-
The hacking group known as Anonymous show their western backed hand...

With a message in both Arabic and English...tailor made for the Western audience!

The logo of the group appeared on the Web site with a message in Arabic and the following message in English, :

To the Syrian people: The world stands with you against the brutal regime of Bashar Al-Assad. Know that time and history are on your side — tyrants use violence because they have nothing else, and the more violent they are, the more fragile they become. We salute your determination to be non-violent in the face of the regime’s brutality, and admire your willingness to pursue justice, not mere revenge. All tyrants will fall, and thanks to your bravery Bashar Al-Assad is next.

To the Syrian military: You are responsible for protecting the Syrian people, and anyone who orders you to kill women, children, and the elderly deserves to be tried for treason. No outside enemy could do as much damage to Syria as Bashar Al-Assad has done. Defend your country — rise up against the regime! — Anonymous.

Isn't that interesting? A message written in English for the people of Syria, but easily readable by the dummies in the West.
Curious? Not.
Recall this post? US creates "Shadow Internet" A tool for spooks & the new battleground

"Some projects involve technology that the United States is developing; others pull together tools that have already been created by hackers in a so-called liberation-technology movement sweeping the globe"

Tools created by hackers and utilized by the US on the Internet battleground..