Western colonialism: Turkey and Israel warmin' up the war machine 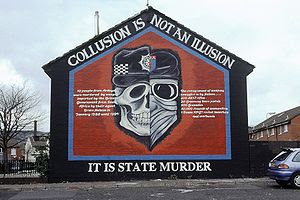 Syria, Libya and other nations are pointing out all the hypocrisy the West spews in their rhetoric.
One can hardly blame them and it makes for interesting reading.
Specifically regarding the British riots-

"Cameron and his government must leave after the popular uprising against them and the violent repression of peaceful demonstrations by police.

"Cameron and his government have lost all legitimacy. These demonstrations show that the British people reject this government, which is trying to impose itself through force."

Unlike what is ongoing in Libya, it doesn't appear that numerous NATO nations are backing and arming the rebellion in the UK. The same cannot be said for Benghazi........with French, British and US operatives on the ground long, long before the "rebellion"

"It's very informative to hear the prime minister of England describing the riots and the rioters in England by using the term gangs," its ambassador to the United Nations Bashar Ja'afari told reporters. "They don't allow us to use the same term for the armed groups and the terrorist groups in my country. This is hypocrisy. This is arrogance."

Why yes it is. It is the arrogance of colonialism.

While Syria's "activists" supported and heavily armed, thanks to Britain, US, Israel & Saudi Arabia, create the terrorism & bloodshed that have required a response from the Syrian government. The same states who support this terrorism carry on their political theatrics until they can get their war on.

Turkey delivers an ultimatum to Syria- August 11/11 -Turkey gives Syrian regime two weeks to begin reforms. Two weeks, 10 - 15 days. That should take us right up to the beginning of September.

Which not coincidentally makes this an interesting news story. First- Thanks Buffy!

The Israel Defense Forces is readying for possible engagement with the Syrian military in September, should the latter involve itself in new attempts by Palestinians in Syria to storm the border with the Golan Heights in connection with a UN vote on recognizing a Palestinian state.

Anticipating attempts by Syrian civilians to cross the border into Israel in September, the IDF has placed antipersonnel landmines along the Syria border in the Golan Heights, reports IDF journal Bamachaneh.

The mines were laid by Combat Engineering Corps officer cadets and will be followed by extensive laying of landmines throughout the sector. They were placed beyond the border security fence but within the Alpha Line that marks the border with Syria. The mining was carried out openly and in daylight.


Turkey and Israel, the two fronts for launching an attack on Syria, as has been clear all along.

Also still on the attack Syria front. The US has imposed new sanctions on Syria- Financial Sanctions against Syria's main commercial bank

“We are taking aim at the financial infrastructure that is helping provide support” to Syrian President Bashar al-Assad, David Cohen, under secretary for terrorism and financial intelligence, said in a Treasury press statement.


Yeah sure? Gearing up for private central banking and rampant usury is more like it