You may recall last week I had a post mentioning the fact that Britain, Germany and France had gone back to the UN human rights council? Refresh your memory here
That resolution has passed!

In the previous post, I queried, was this enough to justify an attack on Syria?
However the invasion will be spun, will the UN human rights council vote be enough of an excuse?

It looks as if this will be enough.

France will seek Arab support on Thursday for a humanitarian corridor in Syria, the first time a major power has swung behind international intervention in the eight-month uprising against President Bashar al-Assad.

Love the lying media! "first time a major power has swung behind an international intervention"
Pure lying spin. The bullshit doesn't come any better then that. 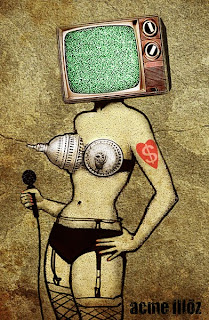 Juppe said international monitors should be sent to protect civilians, with or without Assad's permission. He insisted the proposal fell short of a military intervention, but acknowledged that humanitarian convoys would need armed protection.

Asked if humanitarian convoys would need military protection, he said: "Of course... by international observers, but there is no question of military intervention in Syria."

Acknowledging that so called humanitarian convoys would need armed protection

Juppe then goes on-

"There are two possible ways: That the international community, Arab League and the United Nations can get the regime to allow these humanitarian corridors," he told French radio on Thursday. "But if that isn't the case we'd have to look at other solutions ... with international observers,"

The international "community" with according to Jupe consists of Arab League and UN lackies can get the regime to "allow" these humanitarian corridors.


Recall the number of posts I have had up regarding Turkey's attempt to create a "buffer zone" in Syria.
Recall the "Free Syrian Army" that is amassing at the border of Syria in Turkey& Lebanon, quite possibly Jordan.

" said Ali, a defector working for the Free Syrian Army from exile in Jordan."

Jordan's role, while definitely involved in the destabilization, has been garnering a little less coverage then Turkey's role in Syria's ruin.

Of course Jordan has a bigger role to play as we read in yesterday's post.

Once Syria falls, Israel will be free to do it's worst to the Palestinian's in the open air ghetto known as Gaza and Jordan will be there take in all the "refugees" from Israel's final onslaught to control that little piece of the Mediterranean and all the energy that is contained within the waters off the coast of Gaza and eventually Lebanon.

The survival of the Palestinians -
Secondly, an Arab world in turmoil would leave the Palestinians without even the minimal clout and bargaining power they "enjoy" today. Take away the threat of Damascus and Tehran and Israel would be free to do its worst. 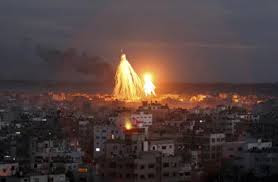 All the cards are falling into place.
There is however one wild card.
I am wondering about the news yesterday- Russia's missiles to target US Nuclear Shield?

Russia is losing patience with the US. How much of that is connected to the potential loss of their naval bases in Syria?

The aircraft carrier USS George H.W. Bush arrived this week in the Mediterranean.

"It is probably routine movement but it is going to put psychological pressure on the (Syrian) regime, and the Americans do not mind that."

It is probably routine? Is it routine or not? Someone's being catty.

Are there Russian warships docked at the naval base at Tartus?


The hour is getting late
Posted by Penny at 7:57 AM