Turkey's NGO, IHH and it's role in the destruction Of Libya

What to post today?
Not that there is any lack of information that needs to be aired. Just that there is so much, too much ongoing, it is overwhelming really.

For this post we are going to take a look at Libya.
Specifically were going to look at Turkey's role in destroying that nation. A role they are reprising in Syria.
You weren't aware of Turkey's role in the destruction of Libya? Nor was I until recently.
Turkey will likely play a pivotal role as an occupier/oppressor of the newly destroyed Libya. Finishing the job they started as NATO allies.

For beginners I want to thank dmodusoperandi for bringing much of this information to my attention.

A couple of weeks back I had heard an interesting interview with Pepe Escobar.
I am going to embed that at the end of the post.
In that interview Pepe mentioned that Turkey would likely play a role of occupier/enforcer/"peacekeeper" in Libya. That revelation on the surface seemed to come out of nowhere.
Why would Turkey get involved with this?
There were other nations available to perform said duties for the masters of death and destruction.(NATO)
One would also think that Turkey is otherwise preoccupied- being deeply involved in destabilizing Syria.

Then dmodusoperandi showed up here- Angelina Jolie goes where no humanitarian group can go.
We had a nice little exchange. A very informative exchange.
Suddenly Turkey's role in the destruction of Libya became very obvious. 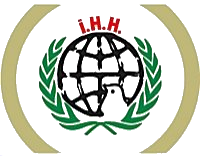 Their role was covered or acted out quite nicely through the humanitarian outfit IHH.

Upon a deeper look, IHH is looking sort of like USAID. The so called humanitarian arm of the US military. The IHH is supposed to be an NGO( Non-governmental organization), the entire concept of the NGO is a sort of smoke and mirrors. You are supposed to believe that an NGO is not affiliated with government. Problem being, many if not all NGO's are covers for governmental agendas. USAID already mentioned.

There are also religious groups that are infiltrated by said interested parties. World Vision being a Christian organization that comes to mind. It is often affiliated with the CIA. These types of groups operating under the guise of charity, most often in other nations, make perfect covers for all types of operations. Covert Operations. Not having a dam thing to do with charity.

The IHH fits this bill. A so called religious aid organization on the surface, underneath something else, entirely.


The Turkish Consul in Benghazi?

Also reported in April 2011 the IHH sends 682 tons of humanitarian aid to Misurata/Misrata
April 2011? Just one months after the no fly zone was blessed by the UN?

Misrata, of course, being the base for the so called anti- Gadaffi rebels. Misrata the home of all those NATO rebels or NATO backed rebels, whichever

682 Tons of aid? Where would our NGO get the money for such a substantial shipment of aid?

A ship carrying 682 tons of humanitarian aid, including food, medicine and a portable hospital was being readied Tuesday for dispatching to the besieged Libyan city of Misrata.

The cargo, worth 5 million Turkish Liras, is the first being sent by the Humanitarian Relief Foundation, or İHH.

So in April 2011 there is a huge humanitarian shipment heading off to Misurata/Misrata. This follows on the opening of a previous branch in Benghazi.


“We will be sending more humanitarian aid to the Libyan people,” Yıldırım said, adding that the İHH had already opened a branch in Benghazi.

“[After it reaches Libya] the aid will then be distributed to civilians through our Benghazi branch.

When was the aid branch of IHH opened in Benghazi? Obviously prior to this shipment to Misrata in April.

Are you finding this odd? The IHH happens to be shipping all of it's so called humanitarian aid to rebel/NATO strongholds? What is wrong with this picture?
Did the people of Sirte not matter? Doesn't seem so?

Chairman Yildirem of the IHH makes a rather bizarre statement

“Unprotected people are being killed by bombs dropped from the air by international forces that want to conquer [countries] at any opportunity, and by ground-based bomb attacks by state [armed forces], who pretend they own the country,” Yıldırım said.

Yes, unprotected persons were being killed by bombs dropped by NATO. That description does not fit the NATO backed rebels. So why is the IHH aiding them only. Benghazi and Misrata.
And then this " and by ground-based bomb attacks by state [armed forces] who pretend they own the country”

Umm..... what about the Libyans attacked and killed by the non-state/ NATO backed forces? The so called rebel forces. Are their victims no less deserving of humanitarian aid, food and medical care? In the opinion of the IHH chairman these same humans don't appear to be worthy of humanitarian aid. An odd statement from a charitable group?


Curious too, the last part of the quoted statement "state(armed forces) who pretend they own the country"
Clearly the IHH does not support the pro-Libyan faction. Clearly the IHH is backing the NATO rebels.

What does this tell us about the IHH?

As an aside, I would like to make note of this interesting fact.
As dmodusoperundi pointed out after the UN/ Angleina Jolie freak show the IHH was the ONLY, the sole, NGO allowed into the so called Syrian refugee camps in Turkey.
You can find that information here on Page 11- quoting


" The IHH was the only non-government organisation to be allowed entry in the camps, on an informal basis."

Why?
Is the IHH providing a similar service to fighters ensconced in the 'refugee camps'?
The same service that the IHH provided in Libya. Supplying the rebels.
It is quite clear that's the role the IHH played.
They provided the necessities for the NATO backed rebels to overthrow the government and kill the masses of Libyans.
Given that background it would make sense that they are providing the rebels who have been long attacking Syria the means to do so.
Interestingly in this news from the IHH site- Clearly they are spinning against the Assad government


“By leaving their property behind, Syrians have taken refuge in Turkey to flee their government’s bloody crackdown"

Oh yes, Syrian government bad. "bloody crackdown" No mention of destabilization.
Reviewing the IHH role in Libya and in the refugee camps in Turkey, this makes perfect sense.

Having this background helps to make sense of reports such as this-Sponsor of Flotilla Tied to Elite of Turkey
Which begs the question- Was the Mavi Marmara a lamb to slaughter?
I'll let you ponder that one.

The last bit of this post. The interview with Pepe Escobar- from Red Ice Radio