Coincidence or something else?
You might have caught this news from the last week or so?
The news about the man made pandemic flu virus. Very deadly. Completely lab created.
Done in September of this year. That is September 2011.
Three months ago.

Two teams of scientists have independently constructed a deadly strain of flu. 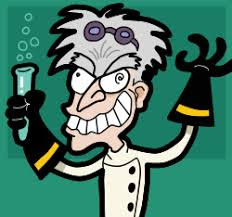 Before we get into reading this article, let's ask a couple of questions.

What was the agenda behind this research?
Who paid for this research to be done?
Let's not kid ourselves, scientists do this kind of work because someone is paying them to do it! Who? Why?
And one more question, were the two teams of scientists really working "independently"?
If so, that is quite a coincidence.
Regular readers here may recall me saying, a number of times, I am not a coincidence theorist.
Did the two teams have a common financier? Were they working competitively against one another? Or were they working together from labs that have differing capabilities?
I wish to point out that most of the news coverage has made mention of only the Dutch team.

"A research team led by Ron Fouchier at Rotterdam's Erasmus Medical Centre said in September it had created a mutant version of the H5N1 bird flu virus that could for the first time be spread among mammals."

The lack of coverage of American involvement is curious.
Makes me wonder if this was indeed a collaborative effort, led by the research at Rotterdam's Medical Centre.

Back to the article from Scientific American-

Epidemiologists have long debated the pandemic potential of H5N1, a.k.a. avian bird flu. On one hand, the virus spreads too inefficiently between humans to seem like much of a threat: it has caused less than 600 known cases of human flu since first emerging in 1997. On the other hand, when it does spread, it can be pretty deadly: nearly 60 percent of infected humans died from the virus. For years now, the research has suggested that any mutations that enhanced the virus’s ability to spread among humans, would simultaneously make it less deadly. But in a recent batch of as-yet-unpublished studies, two scientists - Yoshihiro Kawaoka from the University of Wisconsin, Madison and Ron Fouchier of Erasmus Medical Center, in the Netherlands – have shown otherwise

"For years now, the research has suggested that any mutations that enhanced the virus’s ability to spread among humans, would simultaneously make it less deadly."

And that is what makes sense. Virus's have a goal to live. Call it a hard wiring, whatever. Virus's do what they do. They wish to thrive, survive and get around. Virus's can't do that if all their hosts die. Therefore the virus's ability to survive and thrive would be contingent on it's host survival.

Fouchier initially tried to make the virus more transmissible by making specific changes to its genome, using a process called reverse genetics; when that failed, he passed the virus from one ferret to another multiple times, a low-tech and timehonored method of making a pathogen adapt to a new host.

After 10 generations, the virus had become “airborne”:

After ten generations.
At which time, in real life and quite naturally, humans would have already built up natural immunities.And the virus may have mutated in another direction completely.

So, what is this really about? One if left wondering.
Of course bio-warfare comes to mind.
Or simply corporate malfeasance? Anything to make a buck.
Or both? Perhaps population reduction? Maybe all of it!
Let's look at the corporate malfeasance and making a buck agenda-

Novartis is all ready and raring to go at their new vaccine facility in North Carolina, reported yesterday.

And what to my wondering eyes should appear?
Definitely not a miniature sleigh and eight tiny reindeer!

I am going to bold and enlarge this so you simply cannot miss it!

Novartis's new cell-culture based influenza vaccine factory in North Carolina has begun making a prepandemic H5N1 flu vaccine and is ready to start producing vaccines for a real pandemic when needed, the company and federal health officials announced yesterday.

The facility in Holly Springs, N.C., billed as the first of its kind in the United States, was dedicated yesterday after a long testing process.

As part of the testing, last week the plant produced two lots of "prepandemic" H5N1 flu vaccine for the Strategic National Stockpile, and another lot will be completed this week, for a total of 6.5 million doses, said Liz Power, a spokeswoman for Novartis Vaccines and Diagnostics, Cambridge, Mass.

Does that make anyone else go Hmmmm?

Scientist create a deadly version of the H5N1 flu virus, September 2011 and Novartis is producing a pre-pandemic H5N1 vaccine in December.