US "requesting" to nix release of details of bird flu research

In today's news there is curious reporting regarding the US government "asking" medical journals not to publish the details surrounding the creation of a deadly strain of H5N1. You may recall I put this post up about a week or so ago...????

If you didn't read that when I put it up, you should read it before taking in the latest.

At the time the initial news coverage emerged, it was heavily reported this "creation" had come out of Dutch laboratories. Even though that was clearly NOT the case.

When one dug just a little further it became clear this was a joint effort between US & Dutch researchers. But who was in charge? Who was the initiator?
I would argue the initiator of the experimentation is the one trying to control the resulting data.

Fearing terrorist attack, US asks journals to censor flu experiments.
Not the government of the Netherlands. The US government is requesting the censorship.

A government advisory panel, the National Science Advisory Board for Bio security, overseen by the National Institutes of Health, has asked two journals, Science and Nature, to keep certain details out of reports that they intend to publish on the research. The panel said conclusions should be published, but not "experimental details and mutation data that would enable replication of the experiments.The journals, the panel, researchers and government officials have been grappling with the findings for several months.
The Dutch researchers presented their work at a virology conference in September.

Interesting- this lab created virus was not reported on until early December 2011, though it was actually created months prior to the date mentioned in my previous post of September 2011


"This finding shows it's much easier to evolve this virus to an extremely dangerous state where it can be transmitted in aerosols than anybody had recognized, he said. Transmission by aerosols means the virus can be spread through the air via coughing or sneezing.

Transmission by aerosols can also mean aerial spraying. Or dispersal by other means.
Think back to the anthrax MAIL attacks immediately following the 9/11 attacks. The Anthrax had been aerosolized to make it more effective and deadly.
Or one can recall numerous news reports and books containing information of covert weapons testing on unsuspecting populations in major city centres-

Read here for just a snippet of covert testing, via the air, done on humans. Using methods such as spraying or dropping contaminated light bulbs.
Back to the news of the day: Confirmation of my suspicions expressed in first post-


Both studies of the virus - one at the Erasmus Medical Center in the Netherlands, and the other at the University of Wisconsin-Madison were paid for by the National Institutes of Health.

Also known as The US Department of Health and Human Services

The idea behind the research was to try to find out what genetic changes might make the virus easier to transmit.

What genetic changes might make the virus easier to transmit????
The premise of this article is that the 'how to' of this mutation or the means with which this was accomplished should not be published, lest it fall into the hands of "terrorists"
What the article does not mention, but should, is that without the knowledge of the genetic changes made to this virus, there would be no widely known way to stop the spread of the lab created genetically mutated virus.

THEREFORE: The only real conclusion that one can draw from all of this news, previous post, present post and historical realities is that this was created as a potential BIO-WEAPON.

May I remind you that this creation funded by the US would almost certainly be in contravention of the CONVENTION ON THE PROHIBITION OF THE DEVELOPMENT, PRODUCTION AND STOCKPILING OF BACTERIOLOGICAL (BIOLOGICAL) AND TOXIN WEAPONS AND ON THEIR DESTRUCTION 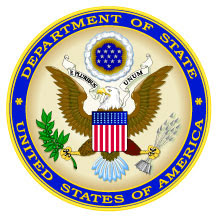 To which the US is signatory
Spin as they like, the facts stand for themselves. The facts show that the US bought and paid for the creation of a genetically altered virus, with bio-weapons potential. By blocking the science behind it, the virus can then be used to target specific countries and it's people via terrorism.
Leaving the targeted nations fumbling around in the dark for something to save themselves.
Additional reading if you are so inclined can be found here or here
Possibly related bearing in mind that the US wishes to subdue China:

The virus was eliminated from most of the 63 countries infected, but it remained endemic in six countries: Bangladesh, China, Egypt, India, Indonesia and Vietnam.

Researchers are uncertain if this new strain (found in China) - called H5N1-2.3.2.1 - is more virulent in people