Wheat is Murder
You think it might be over the top?
You may have to re-think that as you give this interview a listen.
Ties in nicely with previous interviews I have had here with Sally Fallon and the Oiling of America agenda.

William Davis, MD, is a preventive cardiologist whose unique approach to diet allows him to advocate reversal, not just prevention, of heart disease. He is the founder of the Track Your Plaque program. He lives in Wisconsin. Nothing here should be construed as medical advice, but only topics for further discussion with your doctor. He practices cardiology in Milwaukee, Wisconsin. For more information, go to: 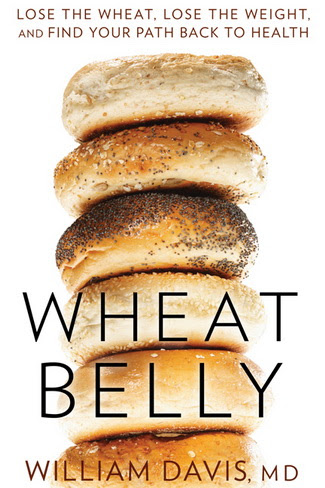 
Related: You may not be aware that the man who gave us this wheat was awarded a Nobel Prize

That alone should give one pause for thought, as to what was the agenda behind the creation of this high yield wheat?
And who really benefited?

Norman Borlaug- High-yielding wheat varieties and improved farming practices, first developed by Borlaug and his team in Mexico during the 1950s, were introduced into South Asia in the 1960s and may, well be responsible for saving hundreds of millions of people from starvation. Borlaug received the 1970 Nobel Prize for those achievements.

What did he achieve exactly?Maybe he has saved millions from starvation? Or maybe not?

If that was ever the intent?

This high yielding wheat has been linked to multiple diseases. As you will hear.
It almost seems to be the "perfect weapon" to create human sickness and generate profits for the pharmaceutical industry and big food.

Many of you realize that most often this type of research is tied to profiteering, often at the expense of human health.
The "saving from starvation" and "feeding the starving" is a perception management/ propaganda tactic employed by Monsanto, presently

Monsanto is "very concerned" about sustainable agriculture. They even say so on their website.
But then their was the problem with the mass suicides of Indian farmers after being roped in to Monsanto's version of "sustainability". One of so many problems with the hollow claims of saving the starving and sustainability
Their GMO monstrosities have nothing to do with feeding the hungry.
Their GMO monstrosities have everything to do with profits and controlling the food supply.

So, what to make of this creation known as high yield wheat?
Give the interview a listen, in fact there is so much info to digest, you may have to make it two listens.
Enjoy it and share your thoughts!
Posted by Penny at 11:41 AM