Article from Time.
Highlighting the relevant bits, let's dissect and pose questions. Because, that is what I like to do.

Russia and the U.N called Thursday for the resuscitation of a peace initiative for Syria that never got off the ground when it was proposed months ago because both parties to the conflict rejected it.

The plan, unveiled by world powers at an international conference in Geneva in June, called for an open-ended cease-fire, a transitional government to run the country until elections, and the drafting of a new constitution. The plan was a non-starter for the opposition because it did not explicitly ban authoritarian President Bashar Assad and other members of his regime from taking part in the transitional leadership.

The regime ignored it because it would entail voluntarily giving up power.

There was no sign that the plan had any more chance of succeeding now than it did back in June. Assad’s government did not comment on the attempt to revive the proposal, and a coordinator for the rebels seeking to end Assad’s rule called the plan “illogical.”

No one in the opposition can accept this, and if they accept it, it will be refused by the Syrian people,” said Bassam Al-Dada, a Turkey-based coordinator with the rebel Free Syrian Army.

Because of Russian objections, the original plan did not call specifically for Assad’s ouster nor ban him or top members of his regime from participating in the new government.

“We continue to believe that there is no alternative to that document in trying to find a settlement in Syria,” Lukashevich said.

He also reaffirmed Moscow’s objection to calls for Assad’s ouster.


I covered this original plan, way back. Way, way back. At that time there was no provision for Assad removal in the “Geneva Plan” It appears there is no provision, still ,with Moscow reaffirming their objection to Assad's ouster. Why reintroduce this plan at this time? Or, why push for the revival of this plan at this time? There has to be some reasoning behind this?

If as claimed “The opposition has gained ground”  it would seem an odd time to revisit the Geneva agreement?

The Times piece reinforces the spin/propaganda of "rejection" by Assad' which fits in with the 'leader/tyrant narrative. But, reality being something the msm doesn't delve into, what seems an obvious fact,  is Assad had nothing to reject or ignore. There was no provision for removal of the Assad government.
No provision for removal = nothing to reject.
Instead the Times chooses the quoted wording below,  hoping it's reader is not paying attention and not thinking.

“The regime ignored it because it would entail voluntarily giving up power.”

Voluntarily.
If someone told me I could volunteer to cut my arm off.......would I give it a moment's thought?
You get my drift?
Voluntarily does not tell us that Assad ignored this agreement.  Because it was going to force his hand. Voluntary/ily tells us their was then, and apparently still is now, NO need for the Assad government to step down. Not much to ignore, really.

Here is what the real meat and potatoes issue is. One tiny section of a sentence, in the entire article. It says it all

No one in the opposition can accept this, and if they accept it, it will be refused by the Syrian people,” said Bassam Al-Dada, a Turkey-based coordinator with the rebel Free Syrian Army.

Why will the "transitional government" be rejected by the Syrian people? 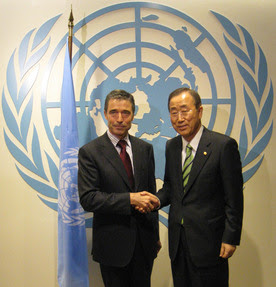 The Times article does not go into this at all. Let us all entertain the reason being put forth below.

The NATO/UN enforced transitional government will be refused by the Syrian people because it is not their government. And, the Syrian people are well aware of this oh so  inconvenient for NATO/UN fact.
This may also suggest that NATO/ UN can’t even steal a contrived election afterwards?
Which would clearly demonstrate how great the rejection, by the Syrian people, of the NATO backed overthrow really is?
And might just explain the rehashing of the Geneva plan?
Along with those Iskander missiles.....


Another even more bizarrely spun article from the Washington Post.
Taking Syria back from the extremists
Let’s sort the wheat from the chaff in this bunch of spin

I was shocked when a liberal commander of a brigade from al-Hasakah, a province in northeastern Syria, told me that he was considering joining Jabhat al-Nusra. His view of why he had “no option” was strategic: “I’m struggling with funding, and if the deal comes through me, I’ll maintain influence over the 20-year-olds fighting in my brigade, most of whom are not terribly educated. If the frustration grows, they will leave me, and they might end up with Jabhat al-Nusra, at which point they might embrace their ideology.”

When leaving Aleppo, I had an experience that underscores the problem. Our group encountered members of Jabhat al-Nusra at a roadblock. Their respectful treatment and their short beards caught me off-guard. I initiated a conversation with the men manning the checkpoint. They were local people from a village about half a mile away. They joined Jabhat al-Nusra, they told me, because the group has the weapons and supplies necessary to protect their families.


No mention of just how it is the ‘extremists’ were able to get into Syria
Via Israel, Jordan and Turkey. With the help of all the war mongering NATO nations and their GCC lackeys. You are simply supposed to believe that the ‘extremists’ appeared out of nowhere.
Despite the fact that they are organized. And funded. But by who?
No mention.
Apparently the islamists just ‘conjure’ the monies necessary to wage war.
They also materialize heavy weapons and all that communications equipment.
Perhaps they have a replicator from the Starship: Enterprise??

The WP article seems to be pushing for the necessity of US/NATO intervention in Syria to quell the “frightening”  advances of newly, timely, conveniently designated “terror” group allegedly linked to Al Quaeda: al-Nusra. The mysteriously well funded and well organized al-Nusra. 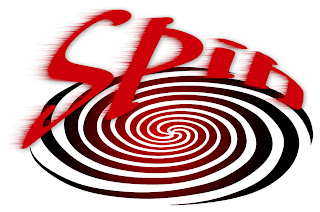 Perception Management. Always in your face.