Breaking: Obama- No Rush to Judgement on Chemical Weapons/Syria

The headline changed to some spin about Gitmo..Original url above

Obama: No Rush to Judgement...

Obama said he needs more time to decide whether the Syrian government has used chemical weapons in such a way that would violate a “red line” he has set as a trigger for escalating U.S. intervention in the violent conflict in that country.

“What we now have is evidence that chemical weapons have been used inside of Syria,” he said. “But we don’t know how they were used, when they were used, who used them; we don’t have chain of custody that establishes what exactly happened.” 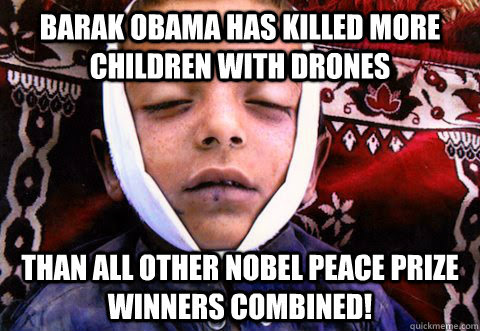 “If we end up rushing to judgment without hard, effective evidence, then we can find ourselves where we can’t mobilize the international community to support what we do,” Obama said. But he added that, should it be confirmed that the regime of Bashar al-Assad has used chemical weapons, his administration would take new action.

“If I can establish ... the use of chemical weapons by the Assad regime, that is a game changer because that portends potentially more devastating attacks on civilians and it raises the strong possibility that those chemical weapons would fall in the wrong hands,” Obama said. “We would have to rethink the range of options available to us. There are options on the shelf right now that we have not deployed.”

Email ThisBlogThis!Share to TwitterShare to FacebookShare to Pinterest
Labels: Syria, US