Despite its troubles, Libya flashes cash for Egypt and worse

I find it highly irregular that Libya is shoring up Egypt... with cash.
Why?


A country still rebuilding from civil war and prowled by loosely-governed bands of idle and heavily armed youths, Libya might seem an unlikely donor to bail out its bigger neighbour Egypt. 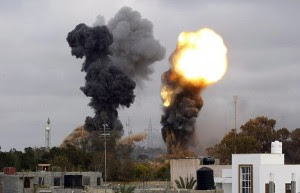 But by quietly finding $2 billion of its oil-derived wealth to deposit in the Egyptian central bank, Libya is stepping back into its old role as North Africa's answer to the Gulf petro-states, discreetly deploying its cash to secure its interests.

Libya's central bank governor, Saddeq Omar Elkaber, confirmed the deposit at the weekend, saying Egyptian stability was important to Tripoli and comparing the move to Greece's bailout by its European partners.

"There are times when your upstairs neighbour has a leaking pipe and you need to help him fix it for your own peace of mind," deputy central bank governor Ali Salem Hibri said.

"This deposit could be considered as a form of support for economic stability. The stability of neighbouring countries is important to us, especially Egypt."

Libya, still prone to political unrest and bristling with guns looted from Gaddafi's arsenals during its civil war, has nevertheless nearly restored pre-war oil output that makes it one of the richest countries per capita in the region.

Egypt has no such source of wealth (not true) and has been rapidly burning through the hard currency reserves it needs to import food to feed its 82 million people. It is grappling with falling tourism, a soaring budget deficit and an atmosphere of political confrontation that has led to waves of violent street protests.

"The deposit can be seen as a form of urgent support for a country in critical condition as any instability could quickly spread across the border," a Western diplomatic source said.

Libya's new rulers have not been shy about using oil funds for their neighbours. 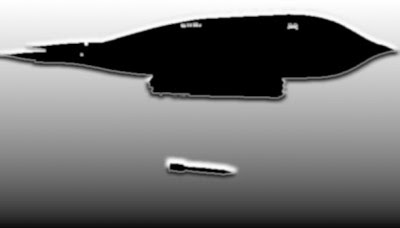 Libya’s rulers are NATO stooges..
Why exactly are Libya's 'leaders' so generously funding neighbours despite the deplorable living conditions in Libya.  Highly questionable?

However, authorities appear keen to play down the $2 billion payment to Egypt at a time when Libya faces its own challenges: reconstruction costs estimated at $200 billion and unemployment around 15 percent.

But, they are subsidizing Egypt and other African nations and...


Tripoli is now spending much of its oil income on state salaries, including payments to former rebel fighters. Such payments buy the loyalty of a generation of heavily armed young men but have made it hard to disarm them.

Libya's shabby towns and its need for reconstruction belie just how rich it is. Bringing oil output back close to its 1.6 million barrel-per-day pre-war level allowed it to record economic growth of more than 100 percent last year, according to the International Monetary Fund.


In other words, the plunder since the invasion of Libya and murder of Gadaffi continues.

The central bank's foreign reserves, including cash and liquid instruments, total around $160 billion - giving it more than ten times as much cash on hand as Egypt, despite having less than a tenth the population.

"Egypt is worse off than Libya and needs assistance," (Why, was Egypt recently bombed to smithereens?) Ahmed al-Awjali, economics professor at Benghazi University, said. "Two billion dollars is not much compared to the assets Libya has abroad."

Details about the $2 billion deposit for Egypt are scarce. Last week, Egyptian state news agency MENA reported Libya would give Egypt a $2 billion five-year interest-free loan, however both Elkaber and Zeidan denied a loan was made.

And Libya may also be looking further ahead. Officials have said Libya's sovereign wealth fund, with assets of $60 billion, would continue to look for investment opportunities in Egypt.

Being flush with cash the NATO rulers continue their plunder. Plans for rebuilding will be privatized and Libya will no doubt be indebted to that brand spanking new privatecentral bank. Rather then doing the sensible thing and using their own cash to rebuild.

Yup, indebt and enslave the Libyans while stealing them blind.


“The ministry is looking at privatization plans for certain industries; there are projects being studied for small and medium enterprises,” he said.
“We are discussing mechanisms for funds to finance this. We hope to have something by end-April.”


Some 20 billion dinars have been dedicated to infrastructure and reconstruction projects; state salaries account for 31 percent — more than before — as the state payroll now includes tens of thousands of former rebel fighters from the war.


Paying these rebel fighters guarantees years of instability...  and unless that is the goal- stop paying these killers!
Posted by Penny at 6:24 PM