Pt.2: Giving Canadians and everyone,everywhere, a Cypriot Style Haircut- “to the wood”

I am strongly suggesting that you all read Part 1,before jumping into this section:


Pt.1: Giving Canadians and everyone, everywhere a Cypriot Style Haircut- "to the wood"

Back to the plan for plunder: the so called budget:


“This will reduce risks for taxpayers"

How will this reduce risk for taxpayers? Aren’t depositors and taxpayers pretty much one and the same?
Of course they are!

Implementation timelines will allow for a smooth transition for affected institutions, investors and other market participants"

-Consulting with stakeholders is, of course, conspiring with banksters.
-Implementation timelines and smooth transitions are code words for bank shutdowns while your money is pilfered.

In the 2008 meltdown, governments — particularly in Europe and the U.S. — ponied up the cash.


"particularly in Europe and the US" Notice he did not say only in those nations. He just said 'particularly'
A not so clever way of misleading Canadians on the fact that in 2008 the Canadian government ponied up taxpayer dollars to bail the Canadian banks out despite the lies of Canada's leadership.


"There is no question, no possibility of bailing out the banks. The banks aren't seeking to be bailed out and the government won't be bailing them out. So that isn't going to happen," Harper said.

.The Government has no money other then what is extracted or is yet to be extracted from the people...
And, judging by all the planned tax increases across Canada the people are most definitely set to have their pockets picked every which way.
So, about those 'particular' governments ponying up cash????? That does include Canada.
Not just the US. Not just 'certain' European nations.
Mr Walkom fails entirely to mention the fact, because he gets a paycheque, that Canada also bailed out it’s banks in 08.   On the qt, of course. qt: defined as, on the sly

Since I don’t get a paycheque, I'm very  happy to remind you all in Canada, that yes indeed, the government of Canada bailed the banks out! In fact, that topic was covered here at the time

Why these bailouts? Why the accounting changes to bring Canada's banks in line with "elsewhere"? Is there something else, coming down the pipeline? I have a sneaking suspicion there is more here then meets the eye.


It appears my sneaking suspicion was solid. I followed up with more bailout news in 2010

Clearly, the Canadian banks have been  bailed out on two previous occasions at tax payer expense
Despite the lie filled claims of  PM Stephen Harper and Finance Minister Jim Flaherty.

Recall at the beginning of this epic post; I painfully reminded all, that this  "hair cut" policy applies globally?

All Depositors, Secured and Unsecured, May Be at Risk

The bail-in policy for the US and UK is set forth in a document put out jointly by the Federal Deposit Insurance Corporation (FDIC) and the Bank of England (BOE) in December 2012, titled Resolving Globally Active, Systemically Important, Financial Institutions.

Excerpted from an article:


Winner Takes All: The Super-priority Status of Derivatives

Cyprus-style confiscation of depositor funds has been called the “new normal.”  Bail-in policies are appearing in multiple countries directing failing TBTF banks to convert the funds of “unsecured creditors” into capital; and those creditors, it turns out, include ordinary depositors. Even “secured” creditors, including state and local governments, may be at risk. Derivatives have “super-priority” status in bankruptcy, and Dodd Frank precludes further taxpayer bailouts. In a big derivatives bust, there may be no collateral left for the creditors who are next in line.


Recall the previously mentioned derivatives and the derivatives bubble?
Did you notice the images used in Part 1?
Banks and their derivative exposure.... 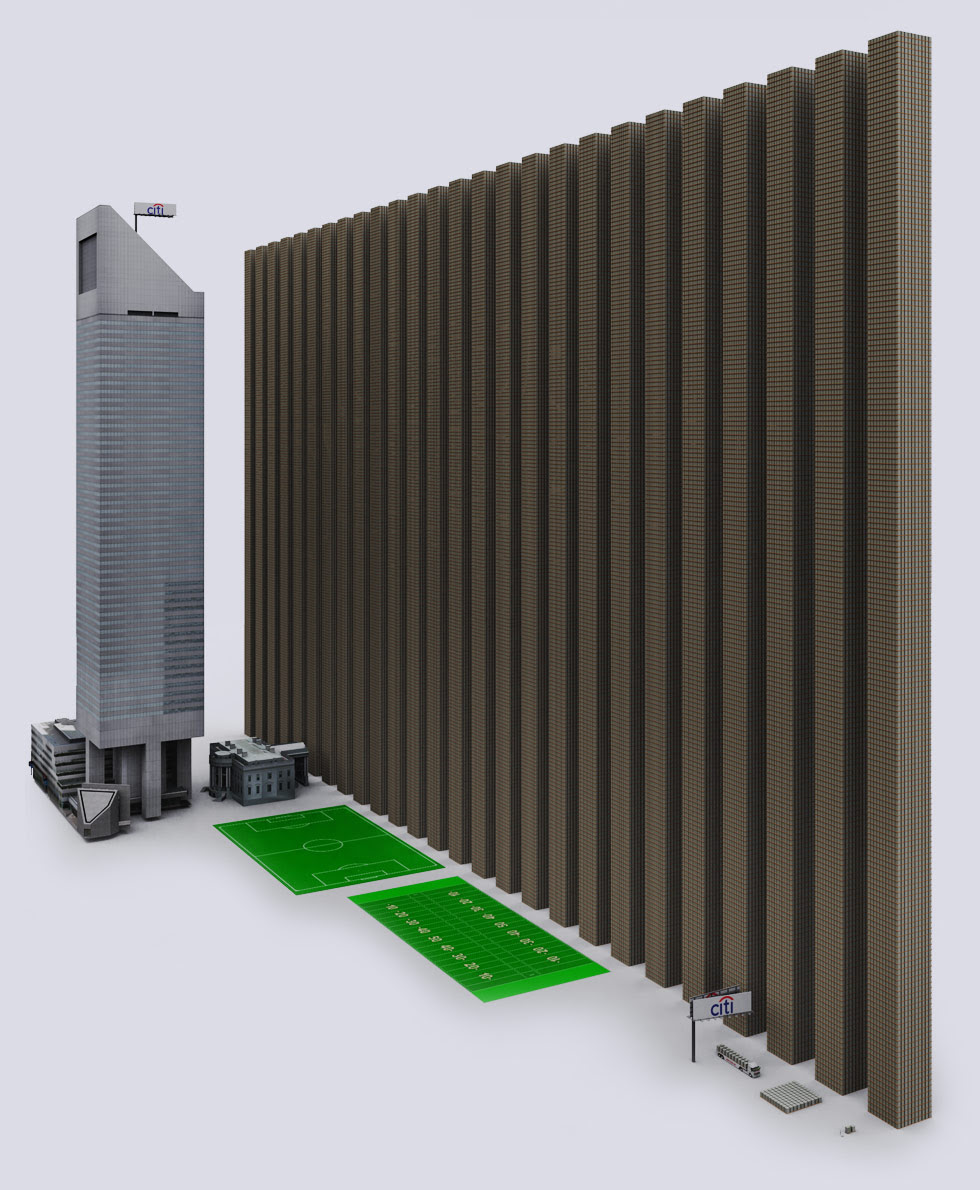 The big risk behind all this is the massive $230 trillion derivatives boondoggle managed by US banks. Derivatives are sold as a kind of insurance for managing profits and risk; but as Satyajit Das points out in Extreme Money, they actually increase risk to the system as a whole.


So, we have covered Canada's budget plunder. We, are all clear that this plunder is to be applied globally.
Are you at all interested in how long ago this plunder was planned?
As far back as 3 years ago. Yes, readers in 2010. 'Bail in's' were on the agenda.


WHAT should policymakers do when faced with the potential failure of a large bank? In 2008 officials had to choose between taxpayer bail-outs (bad) or systemic financial collapse (probably worse). Various ideas to make finance safer, like contingent capital and living wills, are circulating today. But the central issue of bank resolution, perhaps the most vexing aspect of the financial crisis, has not been clearly addressed.

A “bail-in” process for bank resolution is a potentially powerful “third option” that confronts this problem head-on. It would give officials the authority to force banks to recapitalise from within, using private capital, not public money......

Depositors money is the public's money. Just thought I would mention that, yet again!

I have worked on this post since the Easter weekend. And have put much thought into this all.
The potential for despair amongst the global population, due to governments' colluding to save banksters from their self-inflicted gambling ruin, created by themselves in their colossal derivatives casino, while fully intending to cause catastrophic harm to the people they, 'the democratically elected governments', are supposed to be serving is mind boggling to contemplate!!!!!!.......
I am appalled, shocked, stunned, disgusted & dismayed.
Though I should not be. It has been clear for a long time now that the government is owned.
Lock, stock and barrel. By the banksters.

Plundering the people will not save us from bank failures. The banks should fail. They have earned it, through their folly and the people should not suffer for the avarice and greed of this psychopathic bunch of bloodsuckers.

Banks have made obscene profits for some time now. Their ponzi scheme has run it's course.

Last but not least:

If you do not understand what derivatives are or how they work.
Loosely speaking- because they do not work. How f'd up are derivatives?

What the heck is a derivative Part 1:


What the heck is a derivative Part 2: