EuroNews
This article was supposed to be about protests in favour of restoring an axed Russian TV station
Yet it was really about so much more....  Looming large in the video was Bernard Henri Levy
Confirmation this destabilization has the Zionist stamp of approval. Not that there was ever a doubt.

Before we get to the nonsense spewed by Mr Levy, let’s read the paragraph below?
Talk of creating a parallel Ukrainian government

Former economy minister-turned-opposition leader, Arseniy Yatsenyuk, addressed the crowds on stage. He has proposed the creation of a parallel government.
“We need a new independent and credible government which can resume talks with the IMF and other international institutions in order to stabilize the situation in my country. President Yanukovych offered me the post of prime minister, which looks like a political bargain and a way to buy the opposition and not to solve the problem. In response we proposed to take over the entire government and we are ready to bear the responsibility and to fix the political and economic crisis as it’s crystal clear that this president does not have the ability even to maintain the a stable situation,” said Yatsenyuk. 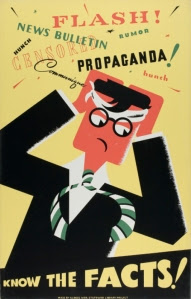 Unfreakin’ believable isn’t it? It shouldn’t shock me.  And yet, the audacity of these NATO backed moves always catch me by surprise. Is it just me? How is it the masses are not noticing the same dam moves are made in these destabilization campaigns?


-First the peaceful protests?- That are never peaceful
-Flags of some other entity for visuals?- In Syria, the 3 star flag- In Ukraine the EU flag
-Some psyop statue pull down?- wash, rinse, repeat
-Some iconic victim?- Tunisia, Egypt, Syria, Ukraine etc.,
-And then a parallel government get’s created- Libya, Syria, Ukraine
Sure there are minor variations, appropriate to the nation being brought to it’s knees, but, still  the basics are are always at play.

A parallel government- “an independent and credible government” Independent of what?
Credible, for who? Empty words spoken to empty heads

Then onto Mr Levy who talks bullshit as usual. The man is no intellectual, though the media keeps calling him one.  He gives the Ukraine it’s zionist stamp of approval. And worse. He covers for the extremist elements ensconced in the destabilization. Which is more of the same from him.

French (pseudo) intellectual Bernard Henry Levy was in the square on Sunday and praised the Maidan movement:

“I haven’t seen neo-Nazis, I haven`t heard anti-Semites, I have heard the contrary – an incredibly mature movement, incredibly determined and very deeply liberal … I think the ambition of this Ukrainian movement is more bigger. What I hear in the Maidan is a willingness to revitalize the European dream, to restore its content, give it life. When people say ‘Europe’ here it isn’t a vague word, it means citizenship, it’s means rule of law, it means increasing freedom.
It’s a Europe which we too often lose the meaning of in Western Europe, but here in Maidan they are rediscovering its meaning,” said Levy.

Making his Ukraine spin oh so familiar. Just like the statue pull down, the flags, the square, the victim etc.,
- No war for Bernhard Henri Levy


I vividly recall Bernard-Henri Levy reacting with the mock indignation that serves as his usual shield from criticism to claims that the Benghazi rebels included Islamic extremists with ties to al Qaeda.  Outrageous! he vociferated.  He had been to Benghazi and seen for himself that the folks there were all liberal democrats who just wanted to enjoy free elections and multicultural harmony.