Is NATO prepping to launch guerilla/irregular war attacks into Russia?

The hordes are coming?

Maybe the hordes are coming, but, from which direction? And, where will the hordes be heading?
There is information contained in this CNN article that really get’s ‘my spidey senses tingling’ 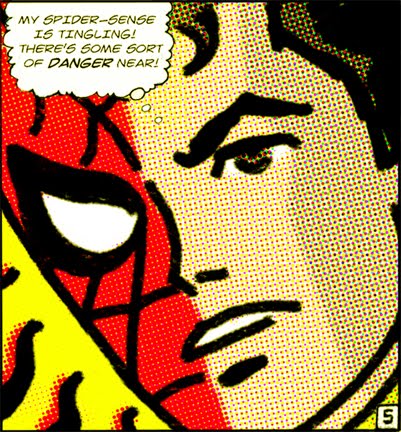 You may wonder- why? My response is as follows-  I have read the type of narrative presented in the CNN piece countless times regarding the NATO backed mercenaries in Syria.

Just ordinary persons. Who were forced to take extraordinary measures. Knowing how much it is that humanity loves a good hero tale the propagandists are  all too happy to indulge our gullibility.
And we do so badly want to believe....
That said, there are times we should question what is being presented. So, here we all are. Questioning.
I will highlight that which appears problematic

Keep in mind that CNN delivers propaganda on a very regular basis- Who can forget Syria Danny? And his special rapport with CNN. Refresh here


Back to “the hordes are coming” CNN


“ this rag-tag band of civilian volunteers know they could be the first, last and only line of defense”


"We can't expect help from anybody else. Our own government is too passive. But hopefully we can rely on support from ordinary Ukrainians," Vladimir Fedorok told CNN close to the Ukrainian border village of Senkivka”

If this was a 'rag tag' bunch in Syria the story would be the government is too oppressive, but, this is Ukraine and this is a government installed by mostly the US.
I looked at the map to see where Senkivka is? There are two areas by that name.
I suspect we are talking this area- Sen'kivka, Horodnyans'kyi district, Chernihivs'ka oblast
Looks to be just a few kilometres from the Russian border and right on what looks like a major thoroughfare. Check it out for yourself, please?!


Why not a bakery? How about being in import/export? A butcher, baker or candlestick maker?


From farm supply to forming militias?

They're setting up an outpost along the highway that cuts from the Ukrainian-Russian border to the Ukraine's interior.

He and his closest aides, Younis and Olec, are clad in British Army-issue uniforms from the Iraq "Desert Storm" campaign. They still bear the Union Jack insignia on the left sleeve.

"We picked them up at the bazaar. I've no idea how they got there. Including my boots, I paid around 100 euros," Fedorok said. Other members of his self-defense unit are sporting surplus combat jackets and pants from other European militaries.


Well after all they are 'rag tag'. Really?
Ukrainians are poor, largely, 100 euros for a pair of boots seems a lot?
Combat jackets and pants from other European militaries, eh?
I suppose all these European military uniforms came from bazaars also?

All of the volunteers say they have some army training from time spent doing military service. (where, when?) Fedorok said they've also been getting refresher courses from friendly Ukrainian army officers in recent days. Two members of the group claim -- like an unspecified number of other Ukrainian nationalists (nationalists? So were talking the fascist thugs that destroyed Kiev)-- to have fought alongside Muslim insurgents against the Russians in Chechnya.

Fought alongside Muslim insurgents against Russians in Chechnya- Simply reeks to high heaven of NATO involvement! Wondering if Dmitri Yarosh is around?

"I shouldn't be telling you this but our plan is to break down into five-man units and we will launch a guerrilla-style partisan war against the Russians," he added, declining to specify how many volunteers he has under his command.

But these paramilitary militias may not be entirely alone. Fedorok drives a few kilometers up the highway closer to the border to introduce us to a detachment of Ukrainian soldiers.(allegedly)

For now they're coordinating operations. A fresh-faced army major (A young major? Not believable) with a Russian-made AK-74S assault rifle slung over his shoulder told us his men are on high alert.

"These are military times," he said as he showed us a little of his hardware: three armored personnel carriers mounted with heavy-machine guns, dug into the earth and camouflaged with branches from birch trees.

A few yards away stood a Russian-made T-80 tank. The major said there were more tanks half-buried behind berms in the forest.

All the vehicles are pointing toward a bridge. The major, who declined to give his name, said the order was to defend the bridge or blow it up if the Russians advanced across the border.

I have serious doubts that any Ukrainian military is present in this area. The odds of there being a 'freshfaced' major are extremely low. The mention of the nationalists. Militias. Tanks buried in berms. Makes me think of guerilla or irregular warfare. Fighters who had fought covertly with the Chechens.... The presence of snipers and mercenaries in Ukraine leads me to believe that some covert ops are going to be undertaken into Russia, possibly Belarus.