Because right now I have the time.... everything is being put out there for you the reader.
Syria.... A round up of newsy items
The ‘friends of Syria’ aka the ENEMIES of Syria, the Syrian people & threat to the sovereignty of a nation meet and make their evil plans


Foreign ministers from countries of the "London 11" Core Group of the "Friends of Syria" on Thursday agreed to offer more support for the Syrian opposition National Coalition, the ministers said in a joint communique

Jarba, the drug dealer- How low can the friends go?

"We have agreed unanimously to take further steps together, through a coordinated strategy, to increase our support for the moderate opposition National Coalition, its Supreme Military Council and associated moderate armed groups," the ministers said in the communique.


“The campaign for the Syrian presidential elections officially kicked off on Sunday, marking the first time in the 40-year rule of the Assad family that Syrians are able to witness campaigns for other candidates other than incumbent President Bashar al-Assad for the presidency.

The multi-candidate poll is a result of the recent 2012 constitution that puts an end to Syria's one candidate referendums.

While the exiled Syrian opposition groups have boycotted the vote and dismissed it as a "farce," some politicians inside Syria have seen the presidential elections as a "positive step."

NATO isn't interested in positive Syrian steps by Syrians for Syrians- They just roll- over nations that way.


The 'friends of Syria', including,  but certainly not limited to Israel and Turkey have been quite obviously very  busily supporting their hired killers. How else to explain this?

60 tonnes of explosives! This base had been beseiged by the mercenaries for some time now. Which means the Syrian soldiers were prisoners there

Of course the 'rebel' leaders speaks to the NATO media-


Rebels in Syria have detonated 60 tonnes of explosives packed underneath a large army base, blowing a hillside hundreds of metres into the air, an insurgent involved in the operation said on Thursday.

An Islamic Front commander said that his brigade dug a 850-metre tunnel underneath Wadi al-Deif base, which is surrounded by rebels but has remained inside government control for the entirety of the three-year-long civil war. 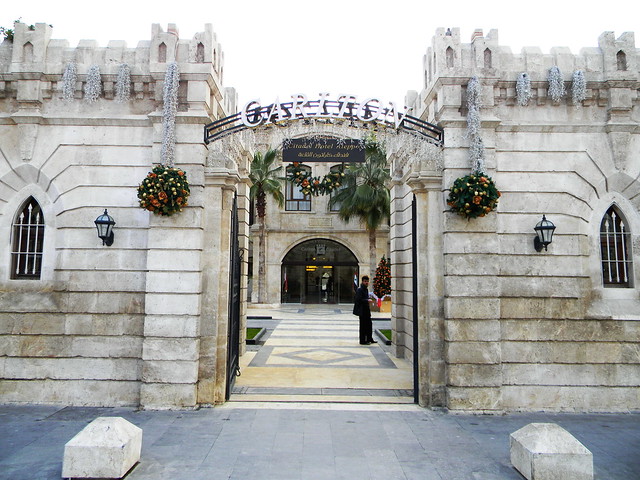 Below the bought and paid for killers demonstrate there skills in nation destabilizing and building destruction. Oh sorry, I mean- being friends of Syria-


Resulting in this devestation, always proudly recorded by the sick, twisted destroyers aka moderate rebels supported by the 'friends' of Syria


Syrian rebel fighters have blown up a government military base in northern Idlib province by tunneling under the besieged outpost and setting off explosives. Rebels recently used a similar method to destroy a checkpoint near the same base and a government army barracks in a hotel in Syria's largest city of Aleppo.

No doubt bring a smile to John Kerry and company-

As the commenter from yesterday said referring to both bombings-

When you consider this blast zone and the one last week around Aleppo per homs exit it would appear that there might just be an "invisible hand" at work here. Does ground penetrating bunkers created the same blast zone?


I don't know if this has anything to do with ground penetrating bunkers? I am certain the not so invisible hands of NATO partners Israel and Turkey are busily doing the devil's work!

US in Jordan war games as conflict rages next door in Syria.
http://www.dailystar.com.lb/News/Middle-East/2014/May-15/256517-us-in-jordan-war-games-as-conflict-rages-next-door-in-syria.ashx


Kerry: Chlorine Gas May Have Been Used in Syria


John Kerry has seen plenty of stuff, I am sure. The vast majority of it produced by the NATO mercenaries. The rest of it, likely concocted. Conjured to create ideas in the head of the consumer. Not any of it necessarily true or credible. John Kerry claims he  has evidence of all sorts of things. But he never presents  any of that evidence.

#2  Ukraine- Militias masquerading as 'steelworkers' paid for by a warlord

#1  Crony Capitalism- The Fraudopian Diet
Posted by Penny at 7:20 PM