Well that's what "Defence" Minister Rob Nicholson is claiming, from Kiev?
I don't believe the outside of NATO part- Ukraine has made no secret of their intention to join NATO.
And Canada? Over the moon (happy/delighted/pleased) with NATO deceit, lies, treachery and more!
In fact fully participating!


Defence Minister Rob Nicholson was in Kiev Monday for Canada’s announcement, which will include sending Canadian soldiers to Ukraine to train that country’s military police. It could also include training in battlefield medicine and security measures

A group of Canadian military police arrived in Ukraine Monday evening to begin training. The military would not provide exact numbers but said the contingent amounts to less than 10.

The Canadian government and Ukraine issued a declaration of intent Monday in Kiev which is not a legally binding treaty under national or international law but nevertheless a commitment to expand Canada’s military cooperation with Kiev.

Images from National Post, but, the man is never mentioned in the article. Just under the images?
Curious? So Rob Nicholson met with Ukraine?


"Canadian soldiers are arriving in Ukraine"

"The training is part of an agreement Nicholson signed with Ukraine"

Recognize the man? I hope readers here do?

He is Stephen Poltorak. A man who conspires with an oligarch. A man who has made very clear his intent to cooperate and participate and integrate into NATO. Could this be why the National Post didn't name him in the article?


Just dozens. That's it. Most Canadians don't support Naziism and fascism. Sadly some do
I wonder if they will rally in support of a military dictatorship? They probably will. 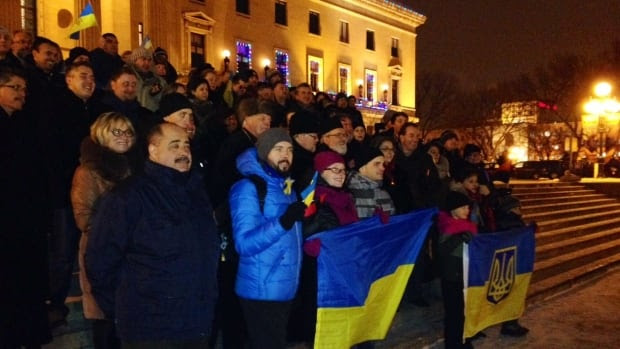